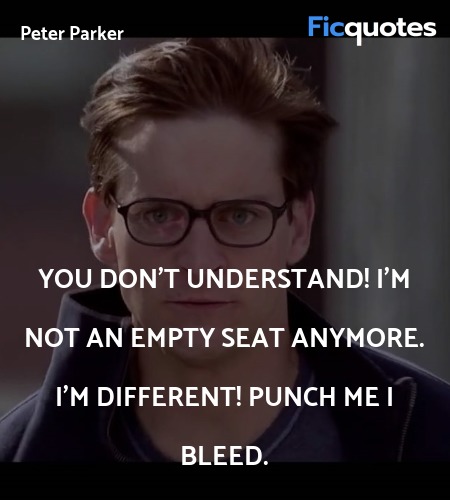 You don't understand! I'm not an empty seat anymore. I'm different! Punch me I bleed. 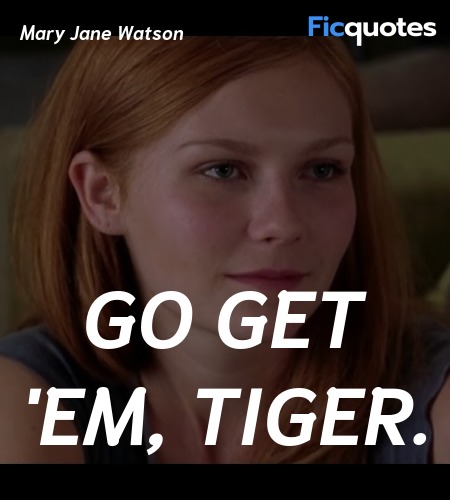 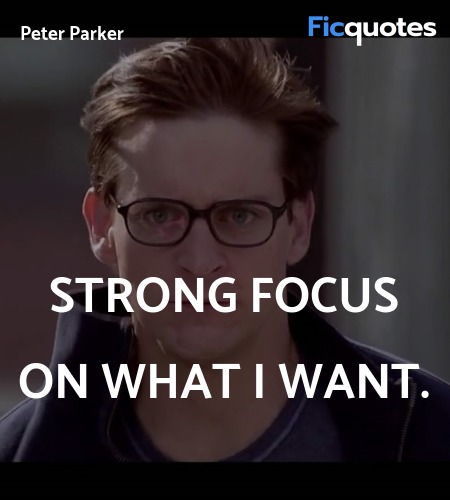 Strong focus on what I want.

I finally got lucky in love when I met Rosie here. She was discussing T.S. Eliot, and I was discussing... I still don't know what she was talking about! 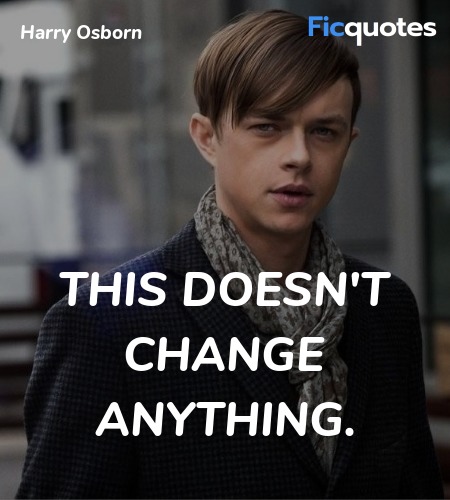 This doesn't change anything.

I'm ruined! I have nothing left - except Spider-Man...

I will not die a monster.

Pish-posh. We needn't talk about it. Water over the dam, or under the bridge, or wherever you like it.

Ohh, have I been wrong about you!

Doc Ock : My Rosie's dead. My dream is dead.
Doc Ock : And these... monstrous things should be at the bottom of the river... along with me.
Doc Ock : Something... in my head. Something talking... The inhibitor chip!
Doc Ock : Gone.
Doc Ock : Rebuild? No. Peter was right. I miscalculated.
Doc Ock : [Ock whirls, madness setting in] I couldn't have miscalculated. It was working, wasn't it?
Doc Ock : Yes. We can rebuild. Enlarge the containment field. Make it bigger and stronger than ever! But we need money.
Doc Ock : Steal it? No, no, no, I'm not a criminal.
Doc Ock : That's right... the real crime would be not to finish what we started.
Doc Ock : We'll do it here. The power of the sun in the palm of my hand.
Doc Ock : Nothing will stand in our way! NOTHING!

I should've known Osborn wouldn't have the spine to finish you!

May Parker : Pish-posh. We needn't talk about it. Water over the dam, or under the bridge, or wherever you like it, but...
May Parker : You made a brave move in telling me the truth, and I'm proud of you, and I thank you, and I... I love you, Peter. So very, very much...

We need a hero, couragous sacrificing people, setting examples for all of us. Everybody loves a hero, people line up for 'em, cheer for them, scream their names, and years later tell how they stood in the rain for hours just to get a glimpse of the one who told them to HOLD ON a second longer. I believe theres a hero in all of us, that keeps us honest, gives us strength, makes us noble. And finally gets us to die with pride. Even though sometimes we have to be steady and give up the thing we want most, even our dreams.

The power of the sun, in the palm of my hand!

You've stuck your webs into my business for the last time!

You have a train to catch.

Where do you want him?

She looks at me everyday. Mary Jane Watson. Oh boy! If she only knew how I felt about her. But she can never know. I made a choice once to live a life of responsibility. A life she can never be a part of. Who am I? I'm Spider-Man, given a job to do. And I'm Peter Parker, and I too have a job.

Amazed Kid : How'd you do that?
Peter Parker : Uh... Work out, plenty of rest. You know, eat your green vegetables.
Amazed Kid : That's what my mom is always saying. I just actually never believed her.

Dr. Davis : You say you can't sleep. Heart break? Bad Dreams?
Peter Parker : There is one dream where in my dream, I'm Spider-Man. But I'm losing my powers. I'm climbing a wall but I keep falling.
Dr. Davis : Oh. So you're Spider-Man...
Peter Parker : In my dream... Actually, it's not even my dream, it's a friend of mine's dream.
Dr. Davis : Oh. Somebody else's dream. What about this friend? Why does he climb these walls? What does he think of himself?
Peter Parker : That's the problem, he doesn't know what to think.
Dr. Davis : Kind of makes you mad not to know who you are? Your soul disappears, nothing is bad as uncertainty. Listen, maybe you're not supposed to be Spider-Man climbing those walls? That's why you keep falling. You'll always have a choice Peter.
Peter Parker : I have a choice.

J. Jonah Jameson : Come here. Parker, what do you know about high society?
Peter Parker : Oh... well, I...
J. Jonah Jameson : Don't answer that. My society photographer got hit in the head by a polo ball. You're all I got. Big party tonight for an American hero, my son the astronaut.
Peter Parker :Could you pay me in advance?
J. Jonah Jameson : You serious? What, pay you for just standing there? Tomorrow night, the planeterium, 8:00. There's the door.

Peter Parker : Pizza time!
Receptionist : You're late. I'm not paying for those.

levator Passenger : I'm with Weisenhower, Anderson, Nichols & Knudsen PR firm in the building and I just wanna say I think the image you have is fantastic. It's really put together. The costume. The... this thing. I mean, it's really put together. It's great. I think you can do more than print though. I think you might wanna try some TV, you know? Can I riff for you? Can I come up with a couple ideas for you? Just what my company would do. Let's see what I got. How 'bout, um, uh, a children's book? You could, uh, have like Charlotte's Web but without the pig. You know, that kind of thing. How 'bout, um, uh, a line of hammocks? 'Cause it's kind of a web thing. Um, you could do, um, a men's cologne called "Thwip." Let me give you a card.
Spider-Man : I don't have any pockets.

Mr. Aziz : Joe's 29-minute guarantee is a promise, man. I know to you, Parker, a promise means nothing, but to me it's serious.
Peter Parker : It's serious to me too, Mr. Aziz.
Mr. Aziz : You're fired.

Aunt May, you don't have to punish yourself...
May Parker : Oh, I know I shouldn't. It's just that you wanted to take the subway, and he wanted to drive you. If only I had stopped him, we'd all three of us be having tea together.

Train Conductor : Any more bright ideas?
Peter Parker : I got a few. Yeah!

He humiliated me by touching me.