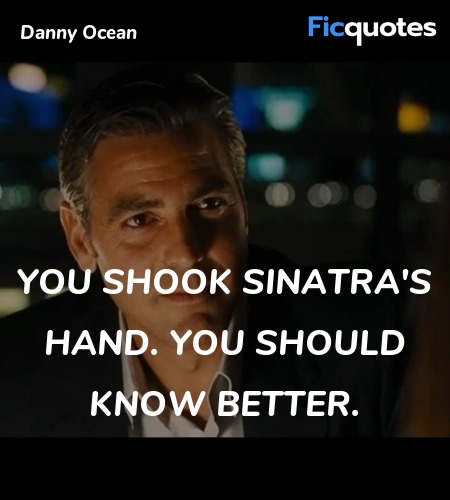 You shook Sinatra's hand. You should know better. 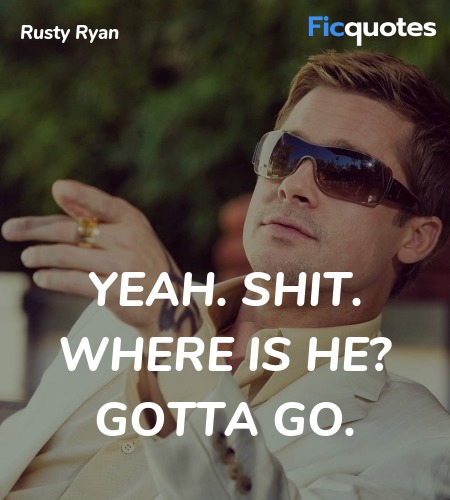 Yeah. Shit. Where is he? Gotta go. 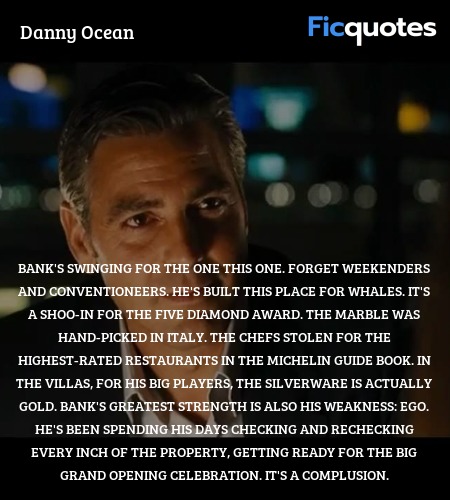 Bank's swinging for the one this one. Forget weekenders and conventioneers. He's built this place for whales. It's a shoo-in for the Five Diamond Award. The marble was hand-picked in Italy. The chefs stolen for the highest-rated restaurants in the Michelin guide book. In the villas, for his big players, the silverware is actually gold. Bank's greatest strength is also his weakness: ego. He's been spending his days checking and rechecking every inch of the property, getting ready for the big grand opening celebration. It's a complusion.

Danny Ocean : You mean it has a brain?
Roman Nagel : A hell of a brain... It not only thinks, it reasons. 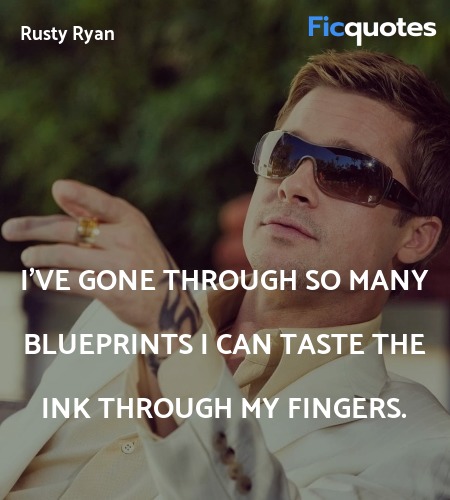 I've gone through so many blueprints I can taste the ink through my fingers.

Linus Caldwell : He owns all of the air south of Beijing.

Terry Benedict :You think this is funny?
Danny Ocean : Well, Terry, it sure as shit ain't sad.

Roman Nagel : You do know what a magnetron is?
Danny Ocean : Something that screws up the Greco?

Danny Ocean : What I want; what's most important to me is that Reuben gets his share of the hotel restored. Now I'm here to give you that chance.
Willy Bank : Oh, you're gonna give me a chance?
Willy Bank : OK. Let me guess. It's a Billy Martin? I pass.

Abigail Sponder : The air?
Linus Caldwell : Let me put it to you this way: try building something taller than three stories in the Tiangjin province, and see if his name comes up.

It is not a prop for prop's sake!

Linus Caldwell : Do you got wine back there?
Abigail Sponder : I got everything you need back here.

We've shaken all the trees, we've looked under every rock, we've talked to everybody we can trust I know it's not a great idea but it is an idea and as long as we have one idea we shouldn't give up