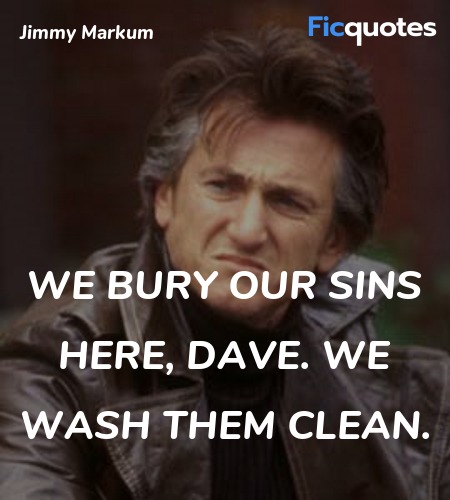 We bury our sins here, Dave. We wash them clean. 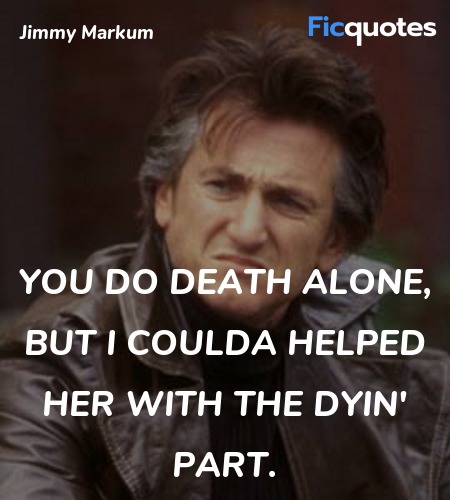 You do death alone, but I coulda helped her with the dyin' part. 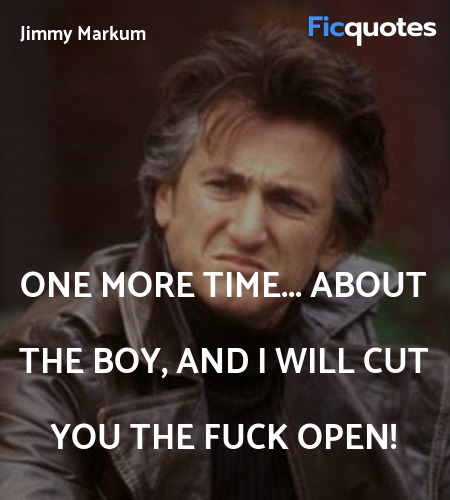 One more time... about the boy, and I will cut you the fuck open! 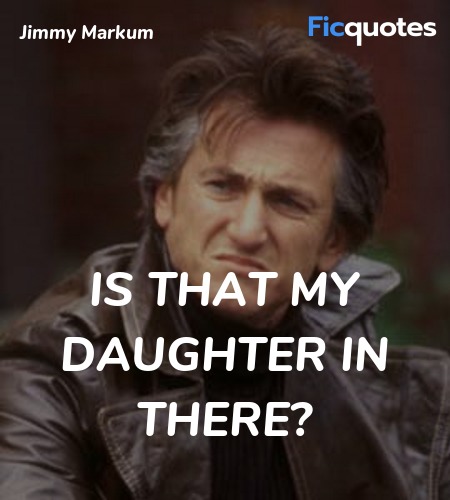 Is that my daughter in there?

I know in my soul I contributed to your death.

I remember, I was more afraid of my little daughter than I ever was of being in prison.

Admit what you did.

Shut up! It's MY daughter! So shut up!

The girl just wants to bed you; she don't wanna wed you. You don't even blink? She wants to worship at the temple of Sean Devine.

Celeste Boyle: He's been acting kind of nuts lately. I'm almost afraid of him. Do you know something?
Jimmy Markum: I know he was taken in by the cops this morning. I know he saw Katie the night she was murdered. Didn't tell me about it until after the cops questioned him. And I know he's got a hand that looks like it's been punching a fucking wall. Is there anything else I should know?