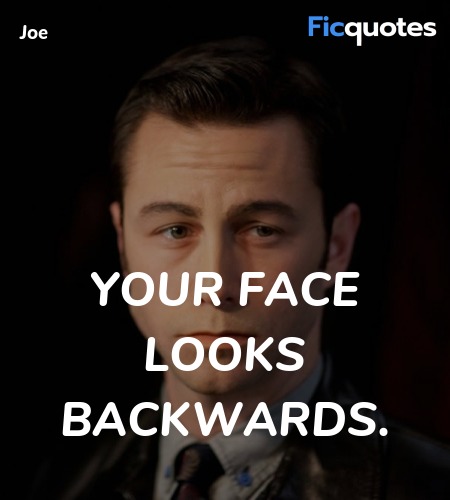 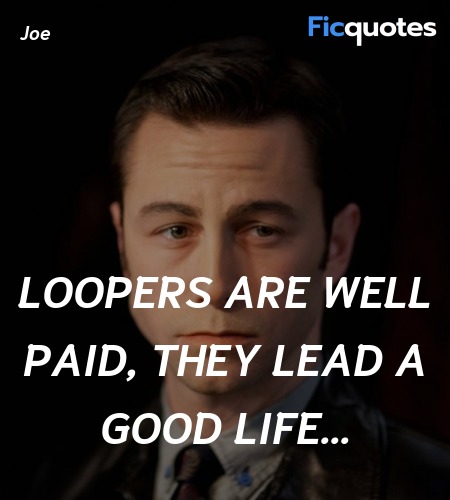 Loopers are well paid, they lead a good life... 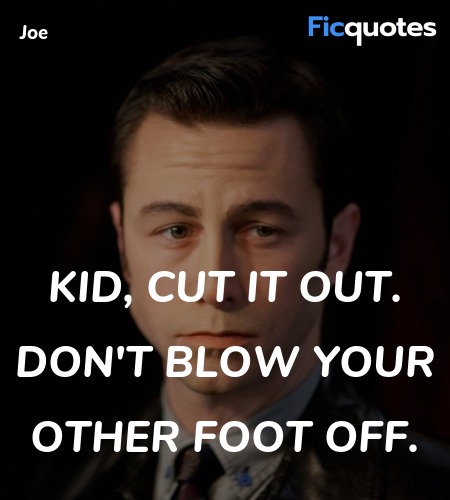 Kid, cut it out. Don't blow your other foot off. 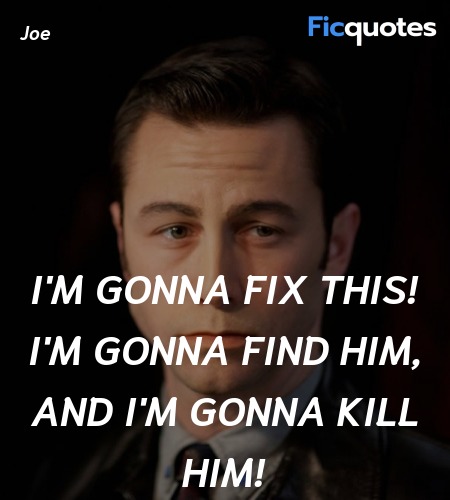 You're going to kill this guy, your own self?

Then I saw it. I saw a mom who would die for her son. A man who would kill for his wife. A boy, angry and alone. Laid out in front of him, the bad path. I saw it. And the path was a circle. Round and round. So I changed it.

Time travel has not yet been invented. But thirty years from now, it will have been. It will be instantly outlawed, used only in secret by the largest criminal organizations. It's nearly impossible to dispose of a body in the future... I'm told. Tagging techniques, whatnot. So when these criminal organizations in the future need someone gone, they use specialized assassins in our present called "loopers." And so, my employers in the future nab the target, they zap him back to me, their looper. He appears, hands tied and head sacked, and I do the necessaries. Collect my silver. So the target is vanished from the future, and I've just disposed of a body that technically does not exist. Clean.

There's a reason we're called loopers. When we sign up for this job, taking out the future's garbage, we also agree to a very specific proviso. Time travel in the future is so illegal, that when our employers want to close our contracts, they'll also want to erase any trace of their relationship with us ever existing. So if we're still alive 30 years from now, they'll find our older self, zap him back to us, and we'll kill him like any other job. This is called closing your loop. Eh, you get a golden payday, you get a handshake, and you get released from your contract. Enjoy the next 30 years. This job doesn't tend to attract the most forward-thinking people.

I work as a specialized assassin, in an outfit called the Loopers. When my organization from the future wants someone to die, they zap them back to me and I eliminate the target from the future. The only rule is: never let your target escape... even if your target is you.

Listen up, fucker! I have shot and buried three vagrants in the past year! So I don't care what hobo sob story you've got. I get a dozen a week, pal. It cuts no cash for me. But if you show your face here again, I will cut you the fuck in half!

We hope you enjoyed reading Looper quotes. Browse other movie quotes on Ficquotes also. If you think we missed any quote from Looper , please send it to us so we can expand our collection of the best Looper quotes.