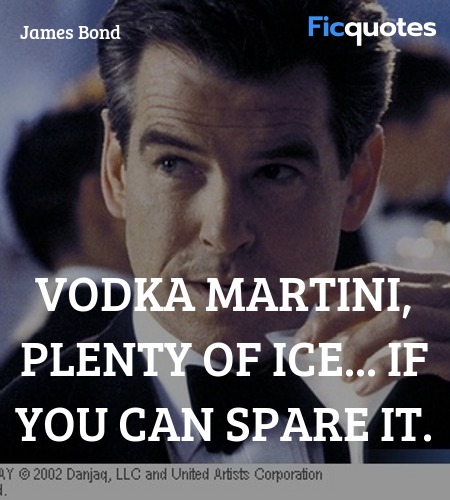 Vodka martini, plenty of ice... if you can spare it. 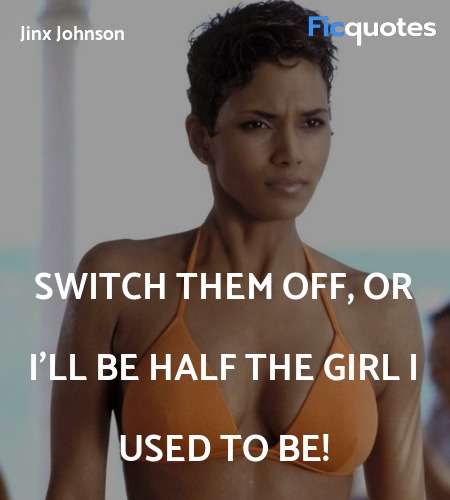 Switch them off, or I'll be half the girl I used to be! 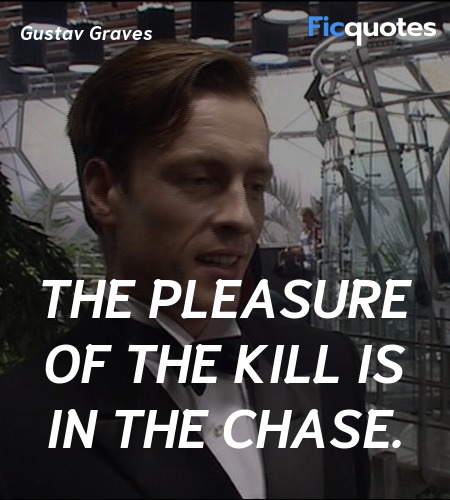 The pleasure of the kill is in the chase. 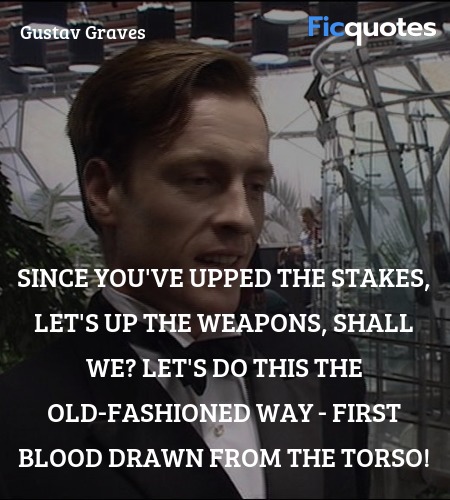 Since you've upped the stakes, let's up the weapons, shall we? Let's do this the old-fashioned way - first blood drawn from the torso!

You only get one shot at life. Why waste it on sleep?

I know the rules, and number one is "no deals'.

I'm checking out. Thanks for the Kiss of Life.

Now... you said something about going down... together?

You're a rare challenge, Mr. Bond.

Time to draw the line.Gustav Graves : Care to place a bet, Verity?
Verity : No, thanks. I don't like cockfights.

With great respect, a man like him could blow my cover.

You have no idea how much Icarus is about to change your world.

So you live to die another day.

Reporter : Are you going to try out for the British fencing team? We hear you have been training furiously.
Gustav Graves : I never get furious. As we say in fencing, "What's the point?"

Reporter : After an entrance like that you can't be surprised you've been called a self-publicizing adrenaline junkie, can you?
Gustav Graves : I prefer the term adventurer.

What a wonderful day to become a knight.

Come father, watch the rising of your son.

He'll light the fuse on any explosive situation, and be a danger to himself and others.

Zao : Who sent you?
Jinx : Yo' mama. And she told me to tell you she's really disappointed in you.

Zao : Why are you trying to kill me?
Jinx : I thought it was the humane thing to do.

James Bond : You know, I've missed your sparkling personality.
Zao : How's that for a punch line?

Saved by the bell.

Verity : I see you handle your weapon well.
James Bond : I have been known to keep my tip up

Don't blow it all at once.

James Bond : Check the tape. You'll find he's dead and she only has a flesh wound.
Q : There's always an excuse, isn't there, Double-O-Zero?

Colonel Moon : You will not live to see the day all Korea is ruled by the North.
James Bond : Then you and I have something in common.

James Bond : You must be joking.
Q : As I learned from my predecessor, Bond, I never joke about my work.

Patient : What the hell do you want? I don't need a goddamn wheelchair.
James Bond : No?
James Bond : You do now.