Andrew is played by Miles Teller in Whiplash (2014). 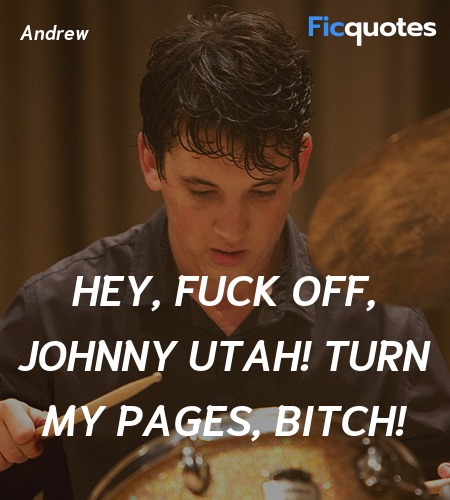 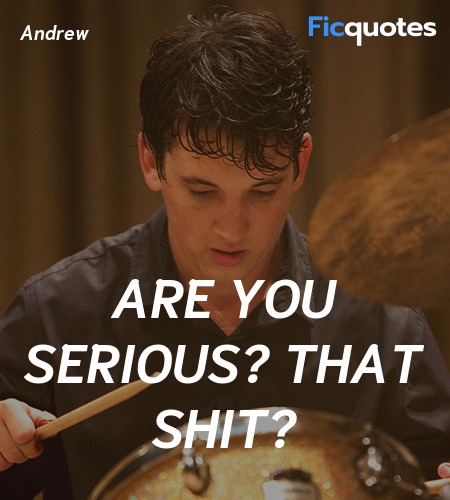 Are you serious? That shit? 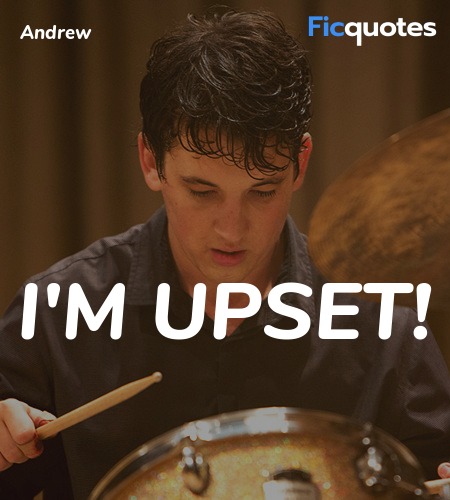 Uncle Frank : You got any friends, Andy?
Andrew : No.
Uncle Frank : Oh, why's that?
Andrew : I don't know, I just never really saw the use.
Uncle Frank : Well, who are you going to play with otherwise? Lennon and McCartney, they were school buddies, am I right?
Andrew : Charlie Parker didn't know anybody 'til Jo Jones threw a cymbal at his head.
Uncle Frank : So that's your idea of success, huh?
Andrew : I think being the greatest musician of the 20th century is anybody's idea of success.
Jim : Dying broke and drunk and full of heroin at the age of 34 is not exactly my idea of success.
Andrew : I'd rather die drunk, broke at 34 and have people at a dinner table talk about me than live to be rich and sober at 90 and nobody remembered who I was.
Uncle Frank : Ah, but your friends will remember you, that's the point.
Andrew : None of us were friends with Charlie Parker. *That's* the point.
Uncle Frank : Travis and Dustin? They have plenty of friends and plenty of purpose.
Andrew : I'm sure they'll make great school board presidents someday.
Dustin : Oh, that's what this is all about? You think you're better than us?
Andrew : You catch on quick. Are you in Model UN?
Travis : I got a reply for you, Andrew. You think Carleton football's a joke? Come play with us.
Andrew : Four words you will never hear from the NFL.
Aunt Emma : Who wants dessert? 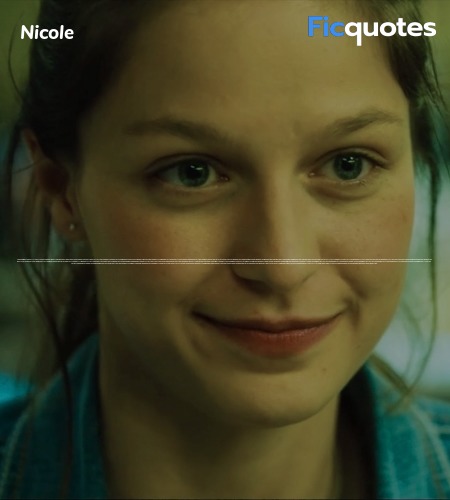 Andrew : I'm just gonna lay it out there. This is why I don't think we should be together. And I've thought about it a lot and this is what's gonna happen. I'm gonna keep pursuing what I'm pursuing. And because I'm doing that, it's gonna take up more and more of my time. And I'm not gonna be able to spend as much time with you. And when I do spend time with you, I'm gonna be thinking about drumming. And I'm gonna be thinking about jazz music, my charts, all that. And because of that, you're gonna start to resent me. And you're gonna tell me to ease up on the drumming, spend more time with you because you're not feeling important. And I'm not gonna be able to do that. And really, I'm gonna start to resent you for even asking me to stop drumming. And we're just gonna start to hate each other. And it's gonna get very... It's gonna be ugly. And so for those reasons, I'd rather just, you know, break it off clean... because I wanna be great.
Nicole : And you're not?
Andrew : I wanna be one of the greats.
Nicole : And I would stop you from doing that?
Andrew : Yeah.
Nicole : You know I would stop you from doing that. You know, for a fact?
Andrew : Yes.
Nicole : And I'd barely see you anyway?
Andrew : Yeah.
Nicole : And when I do see you, you'd treat me like shit because I'm just some girl who doesn't know what she wants. And you have a path, and you're gonna be great, and I'm going to be forgotten, and therefore you won't be able to give me the time of day because you have bigger things to pursue?
Andrew : That's exactly my point.
Nicole : What the fuck is wrong with you? You're right, we should not be dating.

We hope you enjoyed reading our collection of Andrew quotes. You can also browse other Whiplash (2014) quotes . If you think we missed any quote from Andrew or Whiplash (2014), please send it to us.