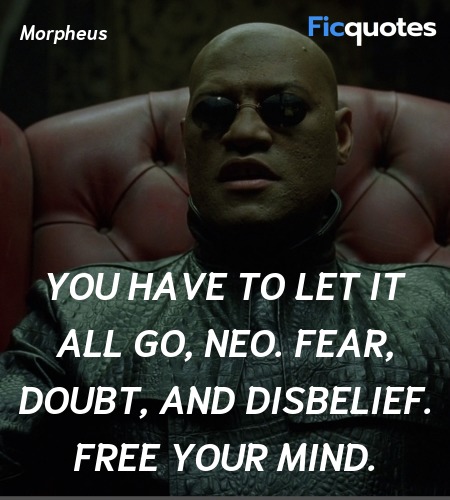 You have to let it all go, Neo. Fear, doubt, and disbelief. Free your mind. 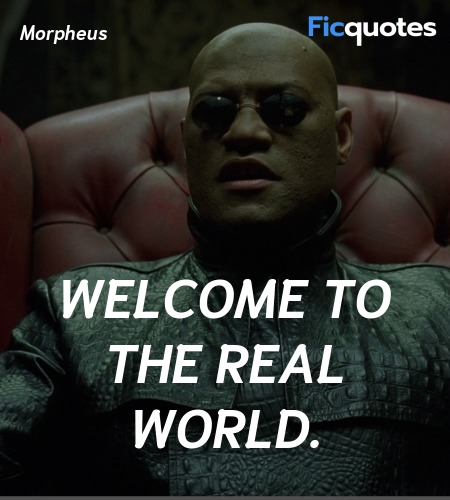 Welcome to the real world.

Unfortunately, no one can be told what the Matrix is. You have to see it for yourself. 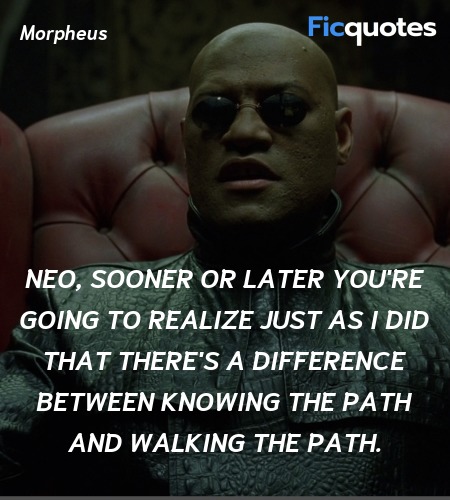 Neo, sooner or later you're going to realize just as I did that there's a difference between knowing the path and walking the path. 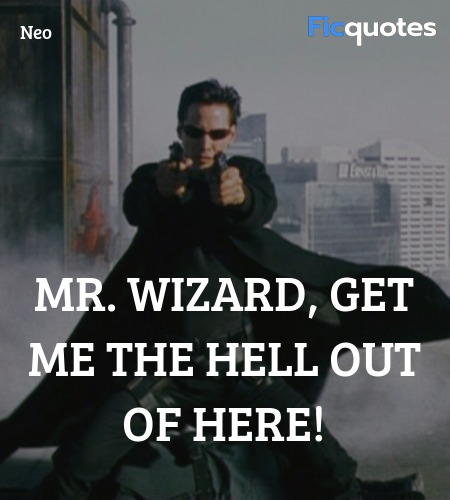 Mr. Wizard, get me the hell out of here!

I used to eat there. Really good noodles.

Tank : So what do you need? Besides a miracle.
Neo : Guns. Lots of guns.

Throughout human history, we have been dependent on machines to survive. Fate, it seems, is not without a sense of irony.

Welcome to the desert of the real.

Oracle : You're cuter than I thought. I can see why she likes you.
Neo : Who?
Oracle : Not too bright, though.

Remember... all I'm offering is the truth. Nothing more.

Don't think you are. Know you are!

You've been living in a dream world, Neo.

What are you waiting for? You're faster than this. Don't think you are, know you are. Come on. Stop trying to hit me and hit me.

I'm trying to free your mind, Neo. But I can only show you the door. You're the one that has to walk through it.

Have you ever had a dream, Neo, that you were so sure was real? What if you were unable to wake from that dream? How would you know the difference between the dream world and the real world?

This is your last chance. After this, there is no turning back. You take the blue pill - the story ends, you wake up in your bed and believe whatever you want to believe. You take the red pill - you stay in Wonderland and I show you how deep the rabbit-hole goes.

Neo : You ever have that feeling where you're not sure if you're awake or still dreaming?
Choi : All the time. It's called mescaline, it's the only way to fly.

I know you're out there. I can feel you now. I know that you're afraid... you're afraid of us. You're afraid of change. I don't know the future. I didn't come here to tell you how this is going to end. I came here to tell you how it's going to begin. I'm going to hang up this phone, and then I'm going to show these people what you don't want them to see. I'm going to show them a world without you. A world without rules and controls, without borders or boundaries. A world where anything is possible. Where we go from there is a choice I leave to you.