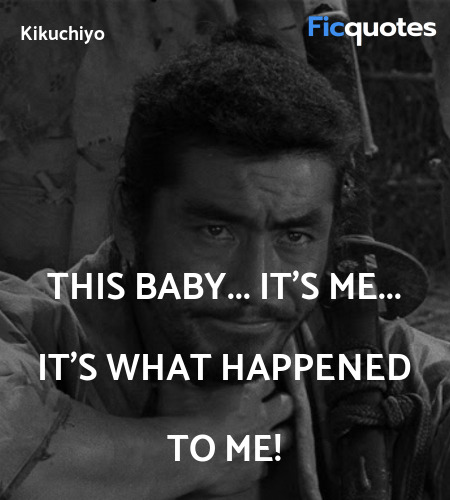 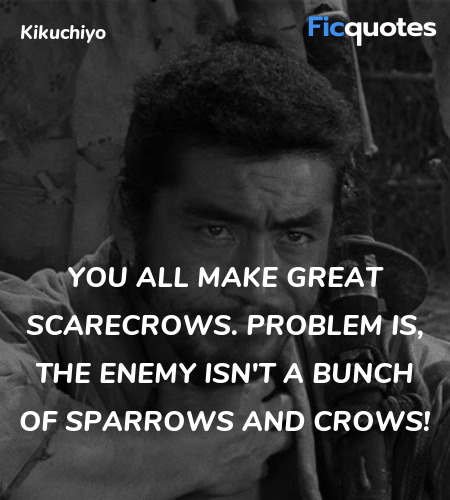 You all make great scarecrows. Problem is, the enemy isn't a bunch of sparrows and crows! 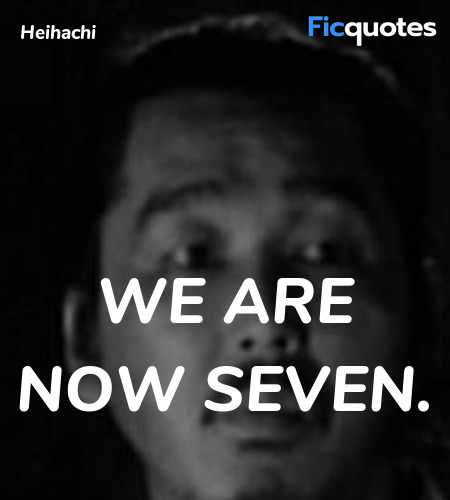 We are now seven. 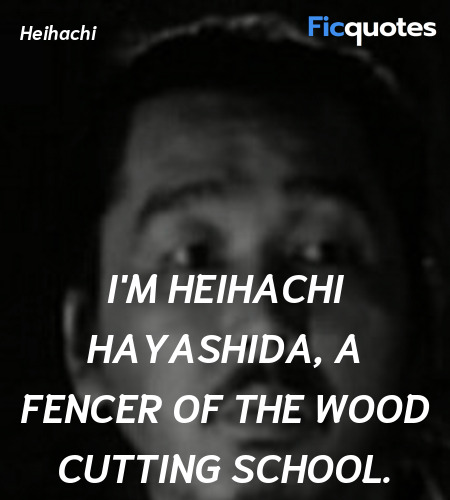 I'm Heihachi Hayashida, a fencer of the Wood Cutting School.

Kikuchiyo: Hot damn! Look at all those girls!
Kikuchiyo: Where the hell have you been hiding these girls?

We will engage the decisive battle. Fight bravely, Katsushiro... because you now are a real man!

Got what you deserved, you mud snails.

This is the nature of war: By protecting others, you save yourselves. If you only think of yourself, you'll only destroy yourself.

Train yourself, distinguish yourself in war... But time flies. Before your dream materializes, you get gray hair. By that time your parents and friends are dead and gone.

Actually, kids work harder than adults. But only if you treat them like adults.

You said he'd be a treasure in hard times. The hard times have only just begun.

Kambei Shimada: Go to the north. The decisive battle will be fought there.
Gorobei Katayama: Why didn't you build a fence there?
Kambei Shimada: A good fort needs a gap. The enemy must be lured in. So we can attack them. If we only defend, we lose the war.

Does any of you have a cute sister?

Don't mess with me. I may look like hell, but I'm a real samurai!

You again! I see that bald head of yours in my dreams!

Hey, everybody. Give your wives plenty of lovin' tonight, you hear?

You there, chewing your cud. Can you cut that out? This isn't a cow shed!

Use your balls, if you've got any!

You fool! Damn you! You call yourself a horse! For shame! Hey! Wait! Please! I apologize! Forgive me!