Best The Silence of the Lambs Movie Quotes

The Silence of the Lambs 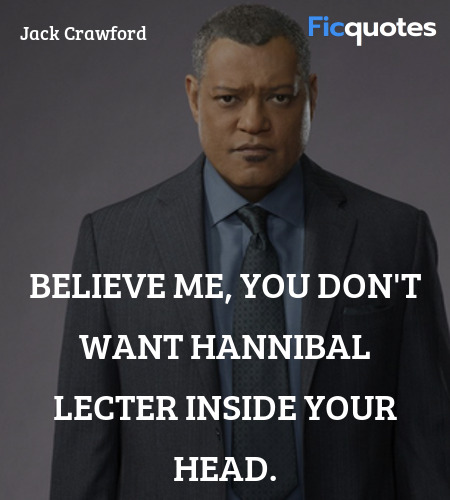 Believe me, you don't want Hannibal Lecter inside your head. 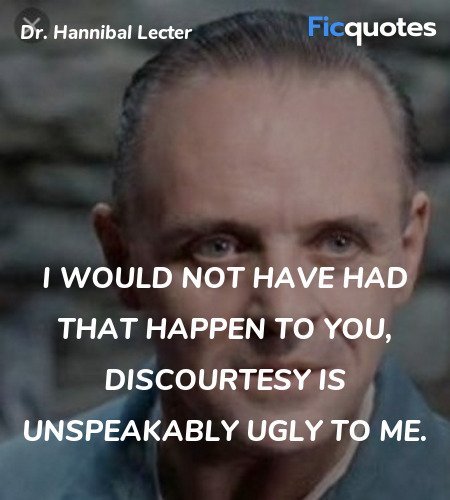 I would not have had that happen to you, discourtesy is unspeakably ugly to me. 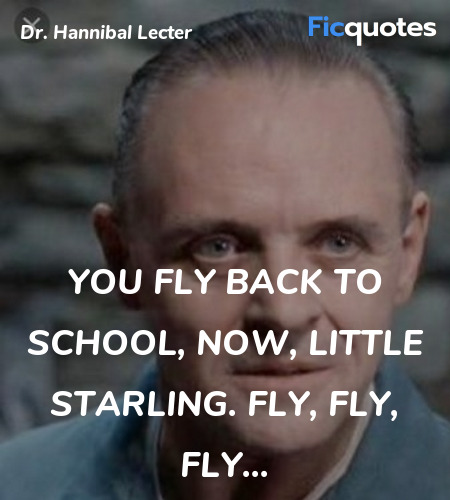 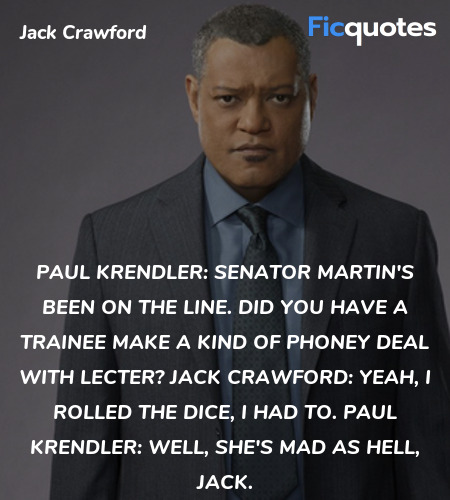 Paul Krendler: Senator Martin's been on the line. Did you have a trainee make a kind of phoney deal with Lecter?
Jack Crawford: Yeah, I rolled the dice, I had to.
Paul Krendler: Well, she's mad as Hell, Jack.

You're very frank, Clarice. I think it would be quite something to know you in private life.

A census taker once tried to test me. I ate his liver with some fava beans and a nice chianti.

That is very slippery of you, Agent Starling.

All good things to those who wait.

Ready when you are, Sergeant Pembry.

People will say we're in love.

Look for severe childhood disturbances associated with violence. Our Billy wasn't born a criminal, Clarice. He was made one through years of systematic abuse. Billy hates his own identity, you see, and he thinks that makes him a transsexual. But his pathology is a thousand times more savage and more terrifying.

Look at it, Starling. Tell me what you see.

I graduated from UVa, Captain; it's not exactly a charm school.

Hannibal Lecter: You know what you look like to me, with your good bag and your cheap shoes? You look like a rube. A well scrubbed, hustling rube with a little taste. Good nutrition's given you some length of bone, but you're not more than one generation from poor white trash, are you, Agent Starling? And that accent you've tried so desperately to shed: pure West Virginia. What is your father, dear? Is he a coal miner? Does he stink of the lamp? You know how quickly the boys found you... all those tedious sticky fumblings in the back seats of cars... while you could only dream of getting out... getting anywhere... getting all the way to the FBI.
Clarice Starling: You see a lot, Doctor. But are you strong enough to point that high-powered perception at yourself? What about it? Why don't you - why don't you look at yourself and write down what you see? Or maybe you're afraid to.

Hannibal Lecter: No. That is incidental. What is the first and principal thing he does? What needs does he serve by killing?
Clarice Starling: Anger, um, social acceptance, and, huh, sexual frustrations, sir...
Hannibal Lecter: No! He covets. That is his nature. And how do we begin to covet, Clarice? Do we seek out things to covet? Make an effort to answer now.
Clarice Starling: No. We just...
Hannibal Lecter: No. We begin by coveting what we see every day. Don't you feel eyes moving over your body, Clarice? And don't your eyes seek out the things you want?

Hannibal Lecter: First principles, Clarice. Simplicity. Read Marcus Aurelius. Of each particular thing ask: what is it in itself? What is its nature? What does he do, this man you seek?