You want to put some kind of explanation down here... 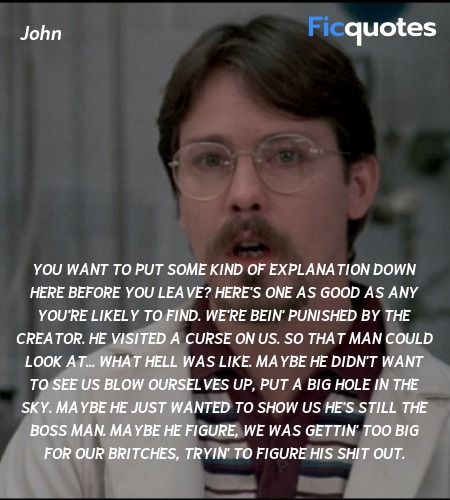 You want to put some kind of explanation down here before you leave? Here's one as good as any you're likely to find. We're bein' punished by the Creator. He visited a curse on us. So that man could look at... what Hell was like. Maybe He didn't want to see us blow ourselves up, put a big hole in the sky. Maybe He just wanted to show us He's still the Boss Man. Maybe He figure, we was gettin' too big for our britches, tryin' to figure His shit out. 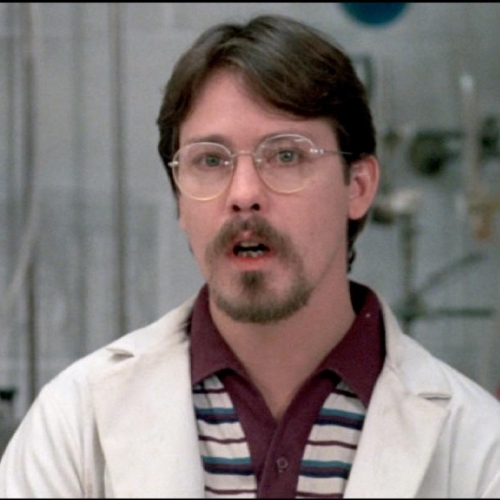 Dr. Logan : Is there food?
Rhodes : I'm running this monkey farm now Frankenstein and I wanna know... what the fuck you're doing with my time?