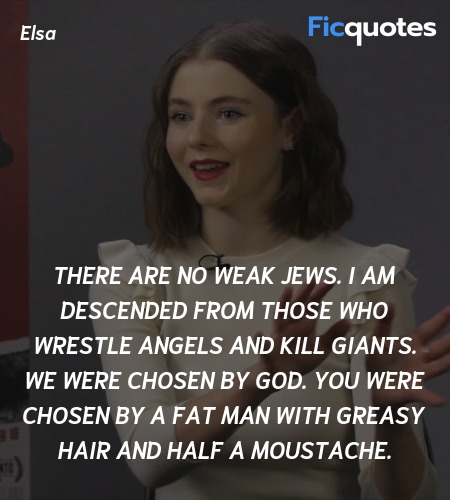 There are no weak Jews. I am descended from those who wrestle angels and kill giants. We were chosen by God. You were chosen by a fat man with greasy hair and half a moustache. 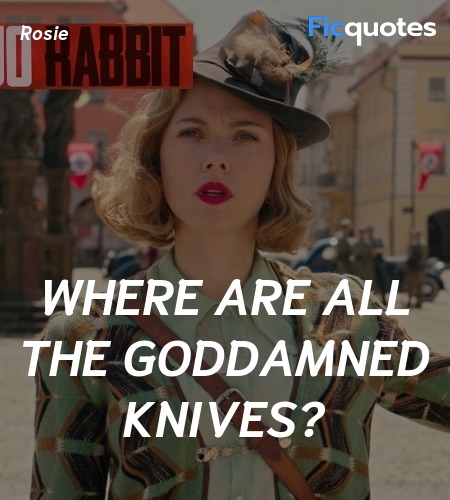 Where are all the goddamned knives? 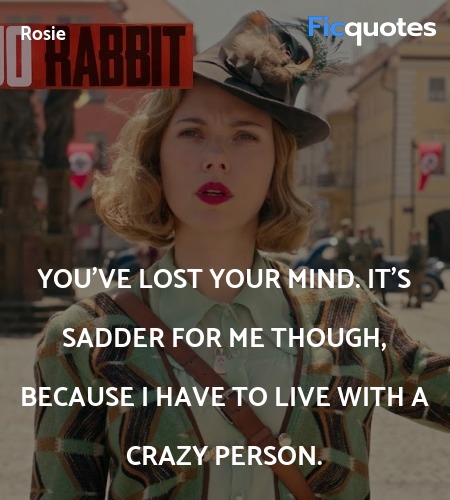 You've lost your mind. It's sadder for me though, because I have to live with a crazy person. 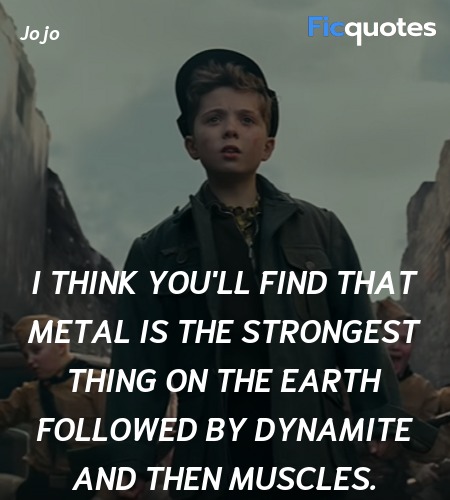 I think you'll find that metal is the strongest thing on the earth followed by dynamite and then muscles.

Yeah, I kind of deserved that.

Adolf Hitler : You two seem to be getting on well!
Jojo Betzler : She doesn't seem like a bad person.

Your mother took me in. She's kind. She treats me like a person.

Jojo Betzler : Nothing makes sense anymore.
Yorki : Yeah, I know, definitely not a good time to be a Nazi.

Jojo Betzler : But... you know... she's Jewish.
Yorki : There are bigger things to worry about than Jews, JoJo. There's Russians out there somewhere.

Elsa Korr : You're not a Nazi, Jojo. You're a ten-year-old kid who likes dressing up in a funny uniform and wants to be part of a club.