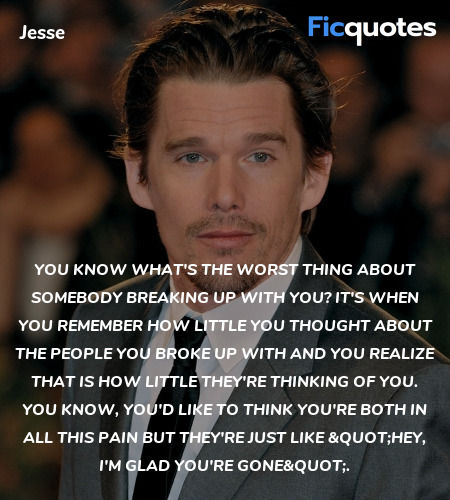 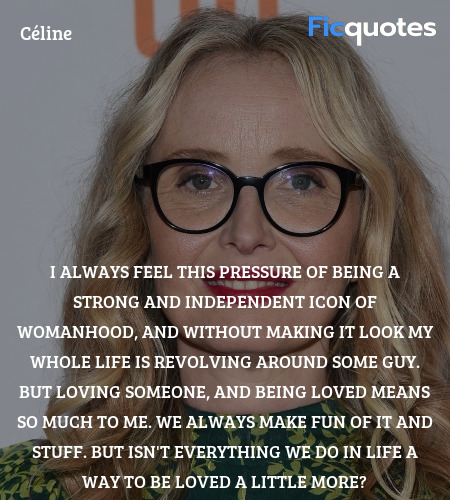 I always feel this pressure of being a strong and independent icon of womanhood, and without making it look my whole life is revolving around some guy. But loving someone, and being loved means so much to me. We always make fun of it and stuff. But isn't everything we do in life a way to be loved a little more?

When you talked earlier about after a few years how a couple would begin to hate each other by anticipating their reactions or getting tired of their mannerisms-I think it would be the opposite for me. I think I can really fall in love when I know everything about someone-the way he's going to part his hair, which shirt he's going to wear that day, knowing the exact story he'd tell in a given situation. I'm sure that's when I know I'm really in love. 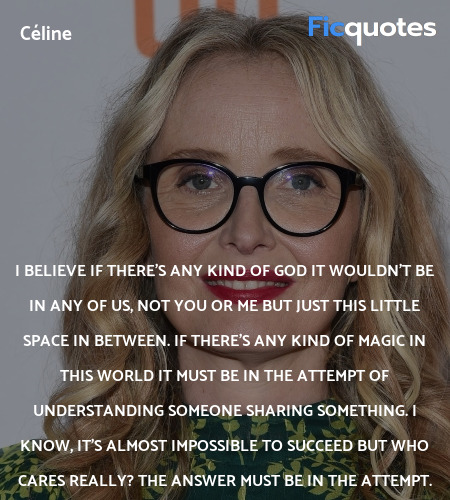 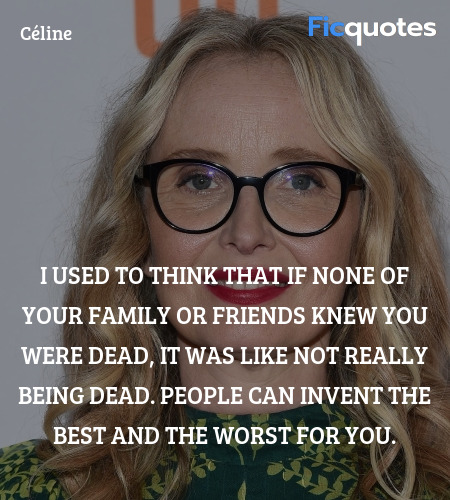 I used to think that if none of your family or friends knew you were dead, it was like not really being dead. People can invent the best and the worst for you.

Each time I wear black, or like, lose my temper, or say anything about anything, you know, they always go, "Oh it's so French. It's so cute." Ugh! I hate that!

I had worked for this old man and once he told me that he had spent his whole life thinking about his career and his work. And he was fifty-two and it suddenly struck him that he had never really given anything of himself. His life was for no one and nothing. He was almost crying saying that.

But then the morning comes, and we turn back into pumpkins, right?

No, then it's like some male fantasy. Meet a French girl on the train, fuck her, and never see her again.

Even though I reject most of the religious things I can't help but feeling for all those people that come here lost or in pain, guilt, looking for some kind of answers. It fascinates me how a single place can join so much pain and happiness for so many generations.

You know, I have this awful paranoid thought that feminism was mostly invented by men so that they could like, fool around a little more. You know, women, free your minds, free your bodies, sleep with me. We're all happy and free as long as I can fuck as much as I want.

This is the one I remember the most. She was only 13 when she died. That meant something to me, you know? I was that age when I first saw this. Hm. Now I'm ten years older and she's still 13, I guess. That's funny.

Isn't everything we do in life a way to be loved a little more?

I like to feel his eyes on me when I look away.