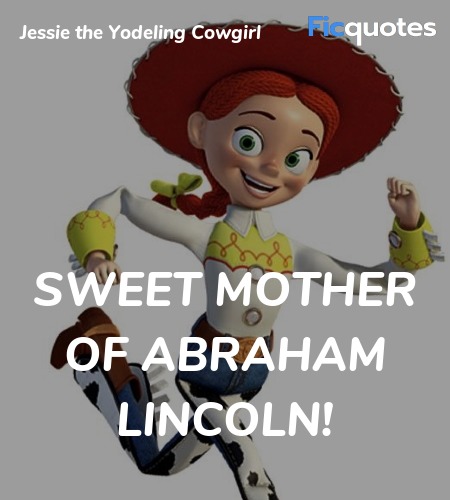 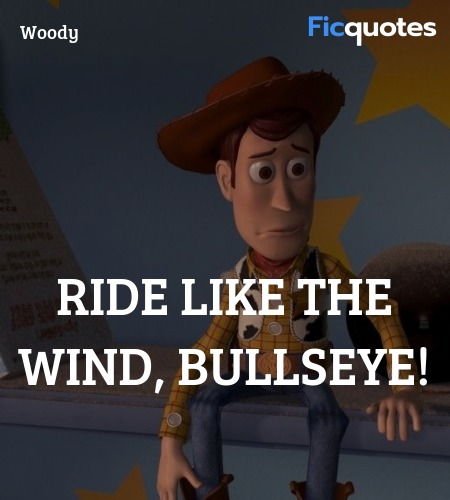 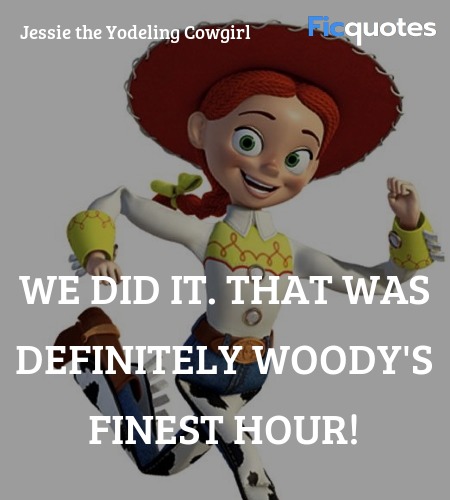 We did it. That was definitely Woody's finest hour! 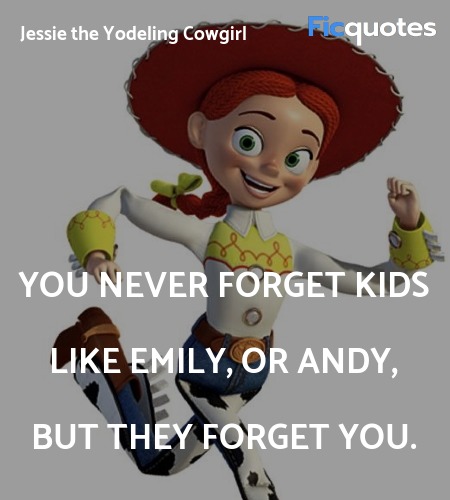 You never forget kids like Emily, or Andy, but they forget you.

Bo Peep : This is for Woody, when you find him.
Buzz Lightyear : Um, okay, but it won't be the same coming from me.

Woody : [the Prospector's true colours have been revealed] Wait a minute, you turned on the TV last night, not Jessie.

Bo Peep : You're cute when you care.
Woody : Bo, not in front of Buzz.

Here's your list of things to do while I'm gone: batteries need to be changed. Toys at the bottom of the chest need to be rotated. Oh, and make sure everyone attends Mr. Spell's seminar on what to do if you or part of you is swallowed. Okay? Okay, good, okay.

Woody : You really ARE Stinky Pete, aren't you?
Jessie : Prospector, this isn't fair!
Stinky Pete the Prospector : Fair? I'll tell you what's not fair: Spending a lifetime on a dime-store shelf watching every other toy be sold! Well, finally my waiting has paid off, and no hand-me-down cowboy doll is gonna mess it up for me now!

Am I really that fat?

Buzz Lightyear to mission log: All signs point to this planet as location of Zurg's fortress, but there seems to be no signs of intelligent life anywhere...

What are you doing Buzz?

Stinky Pete the Prospector : Look, we have an eternity to spend at the museum together. Let's not start by pulling fingers, shall we?