Top Gun Maverick is the sequel to the 1986 hit of Tom Cruise the Top Gun. Top Gun: Maverick shows Pete training younger TOPGUN students for a mission while figuring his own life out.

Without wasting any further time lets delve into the collection of the best Top Gun Maverick Quotes. 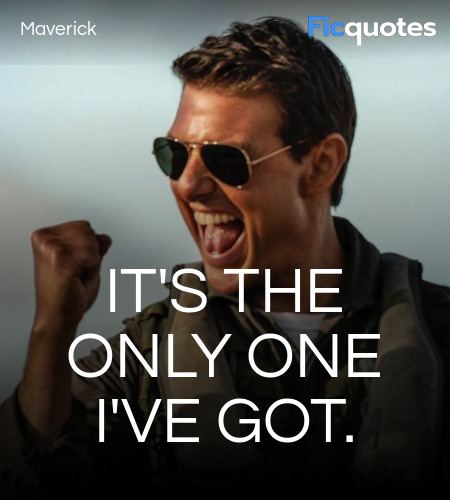 It's the only one I've got. 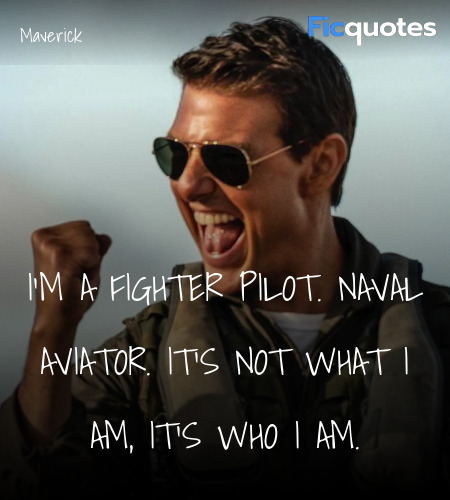 I'm a fighter pilot. Naval aviator. It's not what I am, it's who I am.

Maverick: An F-14 against 5th-Gen fighters?
Rooster: It's not the plane. It's the pilot. 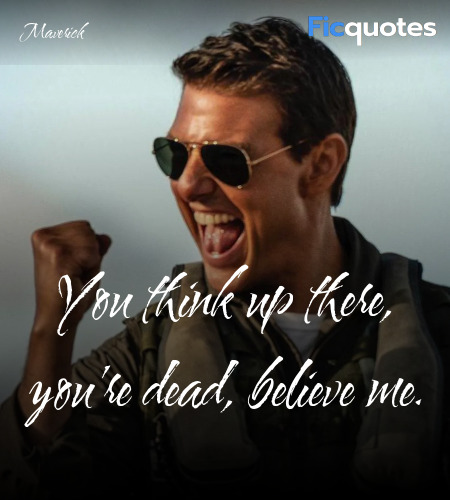 You think up there, you're dead, believe me.

I don't SAIL boats Penny, I land on them.

Rear Admiral: (to Maverick) The end is inevitable, Maverick. Your kind is headed for extinction.
Maverick: Maybe so, sir. But not today.

Maverick: Where am I?
Some Boy from a small town: Earth?

Hondo: Maverick, Maverick. Hey, you with me? I don't like that look, Mav.
Maverick: It's the only one I got. Thank you. If I don't see you again Hondo, thank you.
Hondo: It's been an honor, Captain.

Maverick: I think, I think this is it.
Penny: Come on Pete, you have been saying that as long as I have known you. You said that after they busted you for taking me on a joy ride in that F-18, and the next thing I know, you are off to Bosnia, then Iraq, both times you get yourself in trouble, Iceman makes a call and you're back in the air.
Maverick: Penny, this is *different*.
Penny Benjamin: Pete, trust me. As improbable as it seems right now, somehow you'll be back in a fighter plane with your tail on fire.

My dad believed in you. I'm not going to make the same mistake.

Maverick: Thank you for saving my life.
Rooster: It's what my dad would've done.

Rooster: Please don't tell me we lost an engine.
Maverick: Alright, I won't tell you that.

Rooster: I saved your life!
Maverick: I saved YOUR life! That is the whole point. What the hell were you even thinking?
Rooster: You taught me not to think.

Maverick: You weren't ready.
Rooster: Ready for what? Huh? Ready to fly like you?
Maverick: No, ready to forget the book. Trust your instincts! Don't think, just do. You think up there, you're dead. Believe me.