In light of what's happened, I thought it ...

In light of what's happened, I thought it important that we gather as a city and remember those that we've lost. After everything that Star City has endured over the past several years, it would be easy to become immune or desensitized to the violence that pervades our lives, and it would be human to want to respond to that violence with violence. When I think of all the people that I've lost, I remember the choices that I was forced to make in light of those tragedies. Some choices were easy, but the important choices--the choices that were worth making--they were hard. And hard choices require bravery. Fortunately, we live in the Home of the Brave, and we don't run from hard choices. WE rise up, and face the hard choices together. This afternoon, Councilwoman Pollard and I met with the City Council to pass the Star City Firearms Freedom Act, a policy that respects our freedom and our lives. It shows that we can do both. And now, we just have to be brave enough to do it. 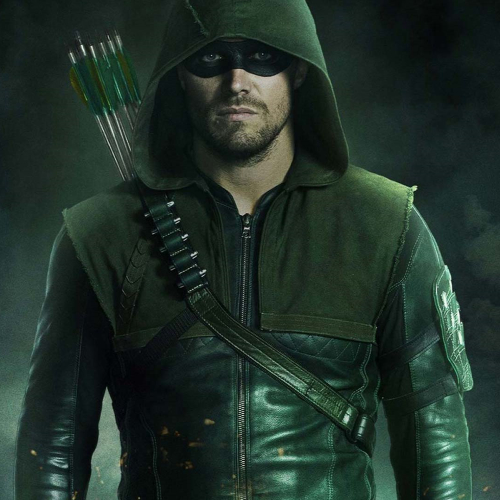 Sara Lance: Good, I can't take any more scars. Speaking of... mortar round?
John Diggle: Yeah, IED, the Paktika Province in Afghanistan. Good eye.
Sara Lance: I know my wounds. Grenade. Algiers.
Oliver Queen: I've never been hit by a grenade.
John Diggle: All those scars, you've never been hit by a grenade?
Oliver Queen: Arrow, knife, knife. A lot of bullets, no grenades.
Sara Lance: I've got myself a new bullet. Nine millimeter, right there... 38. I'm mostly swords and a spear.
Felicity Smoak: Well, I have a scar. It's in my mouth. I had my wisdom teeth removed when I was 16.

Thea Queen: Mom says I'm supposed to remind you to pick her up for lunch.
Oliver Queen: Was I supposed to have lunch with her today?
Thea Queen: She says she left you, like, five messages. Just bite the bullet and have a Cobb salad with the woman.
Oliver Queen: You know Thea sometimes it's difficult to remember which one of you is my mother.