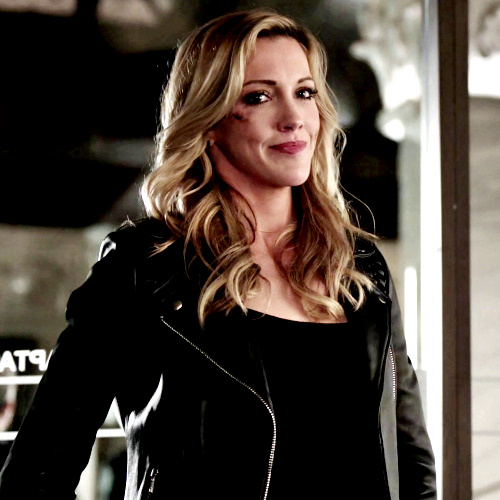 Felicity Smoak: Mrs. Queen, welcome back to the company.
Moira Queen: Thank you.
Felicity Smoak: You look fabulous. Really, better than ever. Did you do something to your hair?
Moira Queen: Yes. I shampooed it without eight woman and a guard watching me.
Felicity Smoak: Is it okay to laugh? Because I was ordered not say anything about you being in prison just to avoid any awkward exchanges.
Oliver Queen: Like that one.

John Diggle: You seeing anybody, Cutter?
Carrie Cutter: Of course I am. The Arrow. And our special day is going to be the most glorious day. And then, afterwards, we'll make strong beautiful babies.
Floyd Lawton: And does he know this? Listen, I got news for you, stalker - you don't get to do what we do and have a family.
John Diggle: Yeah, well, I have a wife right here and a child who say otherwise. Let's hold up here.
Floyd Lawton: Yeah, well, let's hope you make it home to her. But love, children, family - it's all just a distraction to people like us.
Lyla Michaels: They make us better, and give us something worth fighting for.
Floyd Lawton: Love is a bullet in the brain, and if you believe any different, you're as crazy as she is.

Oliver Queen: Just your father. Anyone else gets hurt and I'll put an arrow in you.
The Huntress: That's sweet. Now I know how you charmed your cop girlfriend.