Pisatel is played by Anatoliy Solonitsyn in Stalker. 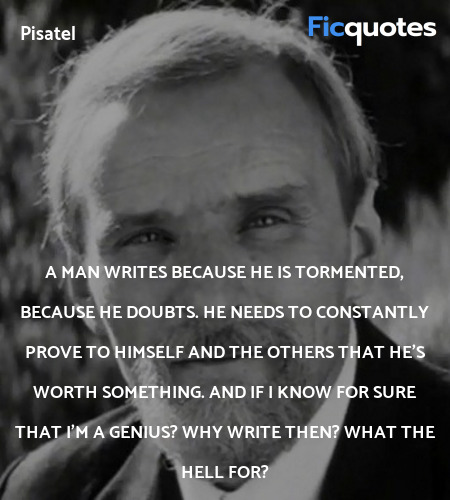 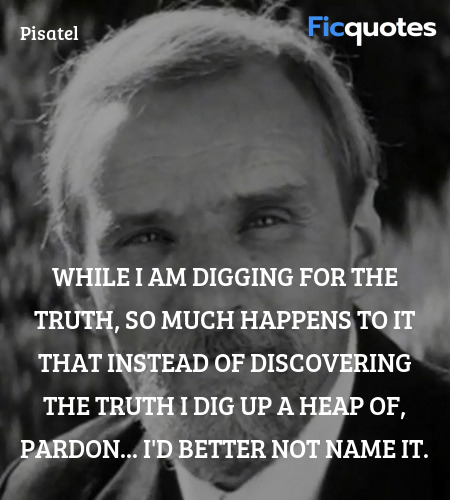 While I am digging for the truth, so much happens to it that instead of discovering the truth I dig up a heap of, pardon... I'd better not name it. 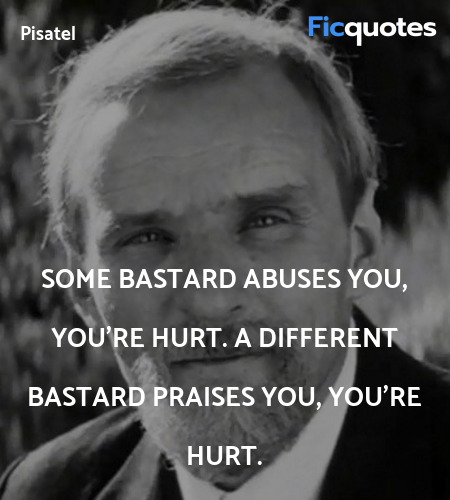 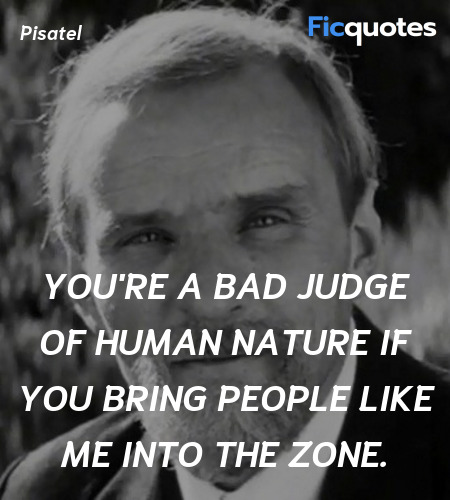 You're a bad judge of human nature if you bring people like me into the Zone.

Suppose I return to our godforsaken city a genius. Understand? But a man writes because he's tormented, unsure of himself. He has to keep proving his worth to himself and to others. But if I'm convinced I'm a genius - then why do I need to write?

I don't understand anything at all. What's the sense of coming here?

Stalker: What are you up to, Professor?
Professor: Imagine what will happen when everyone believes in this Room and when they all come hurrying here. It's only a question of time. Not today, but tomorrow. And in the thousands. All these would-be emperors, grand inquisitors, fuhrers of all shades. The so-called saviors of mankind! And not for money or inspiration, but to remake the world.
Stalker: I'll never bring that sort here.
Professor: What do you understand? You're not the only stalker in the world. No stalker knows what ideas the people you bring here take away with them.

Writer: The main thing is that the professor's rucksack and spare pants are safe.
Professor: Don't poke your nose into another guy's drawers - if you know what I mean.

Professor: Stalking is a kind of vocation.
Writer: I imagined stalkers to be different.
Professor: How so?
Writer: Like Leatherstocking or Chingachgook or Big Snake.

Writer: Tell me, Professor, why did you get involved in this business? What's the Zone to you?
Professor: Well, in a sense, I'm a scientist. What's in it for you? A fashionable author, women dropped all over you.
Writer: I've lost my inspiration. I'm going to beg for some.
Professor: So you've exhausted your talent?
Writer: What? Yes, in a way.

Writer: I seldom think, it's bad for me.
Professor: It's impossible to write and keep thinking about success or failure?
Writer: Naturally. But on the other hand, if my books aren't being read in 100 years, why bother to write?

What comes true here is that which reflects the essence of your nature. It is within you. It governs you.

Forget your rucksack. What's in it? Diamonds? You'll lose your way. The Room will give you all you desire. It will snow you under with rucksacks.

You dream of one thing and get something quite different.

What I said about going there, it's all a lie. I don't give a damn about inspiration. But how can I put a name to - what it is that I want? How am I to know I don't want what I want or that I really don't want what I don't want? These are intangibles where the moment you name them, their meaning evaporates like jellyfish in the sun.

No single individual can have enough hatred or love to spread over all mankind. You desire money, a woman. Or you want your boss to get run over. That's neither here nor there. But world domination, a just society, the kingdom of heaven on earth. Those aren't desires, but an ideology, actions, concepts. Subconscious compassion cannot yet be realized as a common instinctive desire.

My conscience wants vegetarianism to win over the world. And my subconscious is yearning for a piece of juicy meat. But what do I want?

We hope you enjoyed reading our collection of Pisatel quotes. You can also browse other Stalker quotes . If you think we missed any quote from Pisatel or Stalker, please send it to us.