Ian Malcolm is played by Jeff Goldblum in The Lost World: Jurassic Park (1997). 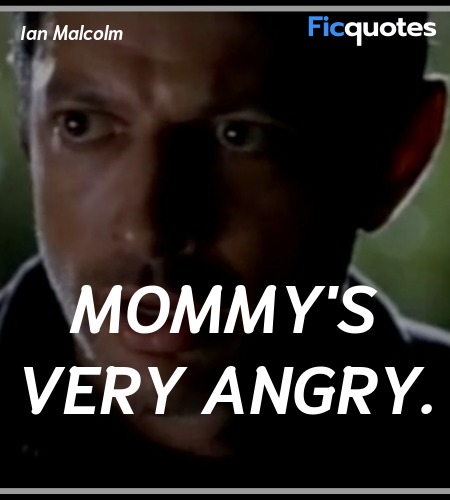 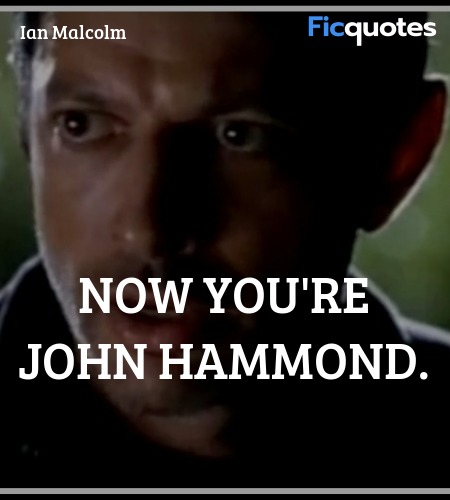 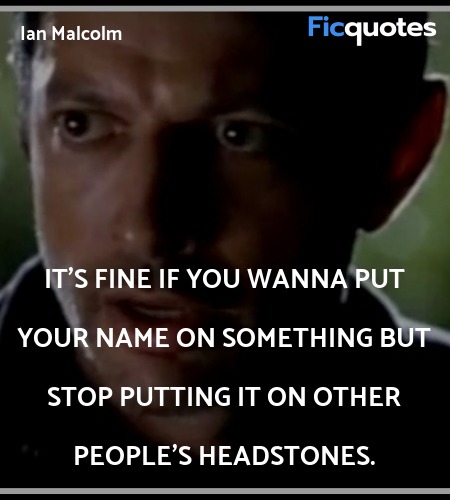 It's fine if you wanna put your name on something but STOP putting it on other people's headstones. 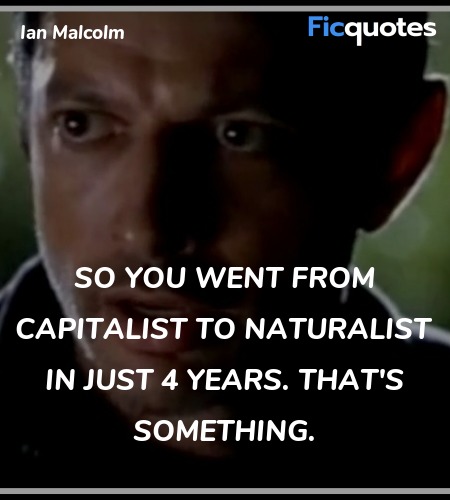 So you went from capitalist to naturalist in just 4 years. That's something.

Hang on, this is gonna be bad.

The school cut you from the team?

What are you talking about? Five years of work and a hundred miles of electrified fence couldn't prepare the other island. And you think that, what? A couple dozen Marlboro men were going to make a difference here?

Oh, they get very angry when you run out of film.

Eddie Carr : It keeps you out of harm's way, away from the animals.
Dr. Ian Malcolm : Actually, it would put them at very convenient biting height.

Kelly Malcolm : She doesn't even have Sega. She's such a troglodyte.
Dr. Ian Malcolm : Cruel, but good word use.

Hey, you want some good parental advice? Don't listen to me.

Dr. Ian Malcolm : Eddie, is there any reason to think that the radio in the trailer might work?
Eddie Carr : If you feel at all qualified, try turning the switch to "on."

OK, so there is another island of dinosaurs, no fences this time and you wanna send people in, very few people, on the ground? Right?

The queen, the goddess, my inspiration.