Hela is the goddess of death in Norse mythology. Hela had been the leader of Asgard's army, and she also once conquered the Nine Realms with Odin, but later she was imprisoned and written out of history after she became greedy. She returns to destroy Asgard and the mighty Thor.

Hela is played by Cate Blanchett in Thor: Ragnarok. 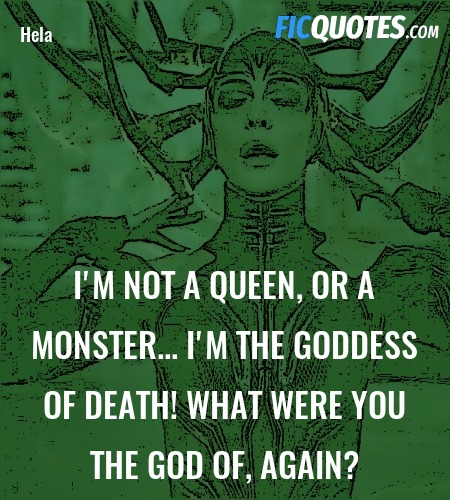 I'm not a queen, or a monster... I'm the goddess of death! What were you the god of, again? 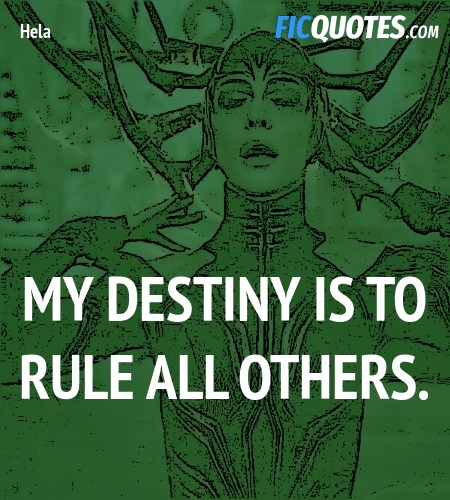 My destiny is to rule all others. 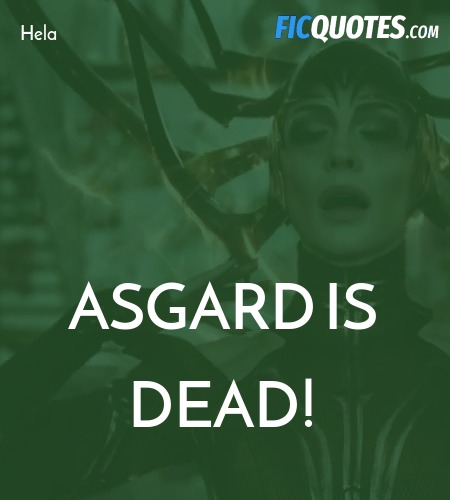 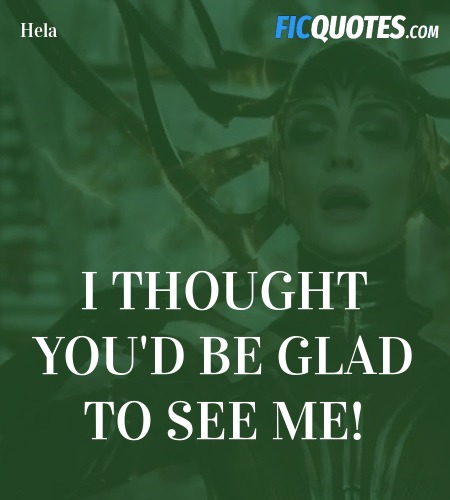 I thought you'd be glad to see me!

Skurge, do you know the purpose of an executioner? An executioner does not just execute people, but he executes his leader's vision. But he mainly executes them too. I was Odin's executioner. Now, you shall be mine.

You're in my seat!

So he's dead. I'd have liked to have seen that.

Gardens and goblets? Peace offerings? All his deeds of peace... none of what he did to get it!

We hope you enjoyed reading our collection of Hela quotes. You can also browse other Thor: Ragnarok quotes . If you think we missed any quote from Hela or Thor: Ragnarok, please send it to us.