Doyle Lonnegan is played by Robert Shaw in The Sting. 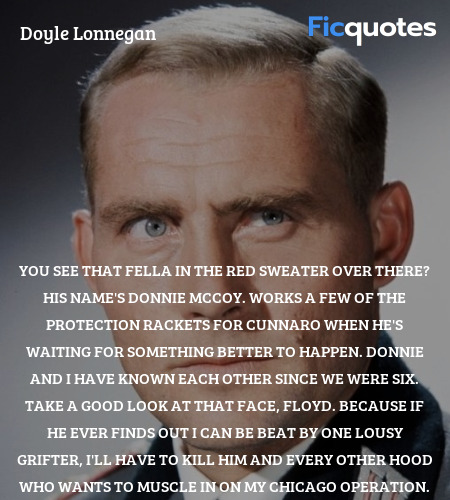 You see that fella in the red sweater over there? His name's Donnie McCoy. Works a few of the protection rackets for Cunnaro when he's waiting for something better to happen. Donnie and I have known each other since we were six. Take a good look at that face, Floyd. Because if he ever finds out I can be beat by one lousy grifter, I'll have to kill him and every other hood who wants to muscle in on my Chicago operation. 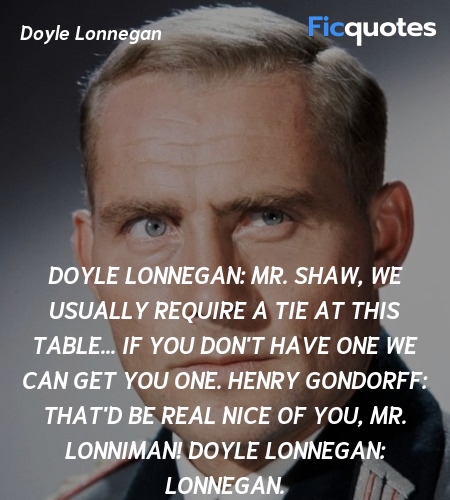 Doyle Lonnegan: Mr. Shaw, we usually require a tie at this table... if you don't have one we can get you one.
Henry Gondorff: That'd be real nice of you, Mr. Lonniman!
Doyle Lonnegan: Lonnegan. 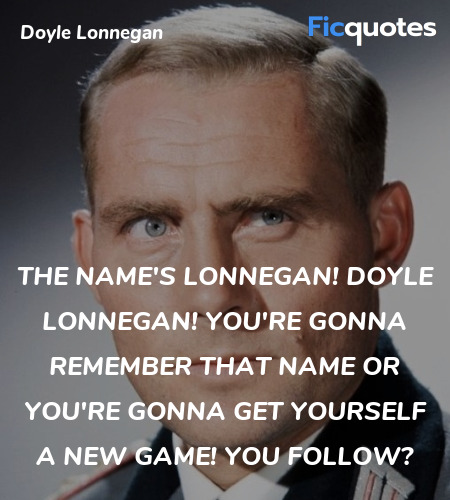 The name's Lonnegan! Doyle Lonnegan! You're gonna remember that name or you're gonna get yourself a new game! You follow?

Floyd: Doyle, I KNOW I gave him four THREES. He had to make a SWITCH. We can't let him get away with that.
Doyle Lonnegan: What was I supposed to do - call him for cheating better than me, in front of the others?

Doyle Lonnegan: I put it all on Lucky Dan; half a million dollars to win.
Kid Twist: To win? I said place! "Place it on Lucky D-" That horse is gonna run second!
Doyle Lonnegan: There's been a mistake! Gimme my money back!

Not only are you a cheat, you're a gutless cheat as well.

We hope you enjoyed reading our collection of Doyle Lonnegan quotes. You can also browse other The Sting quotes . If you think we missed any quote from Doyle Lonnegan or The Sting, please send it to us.