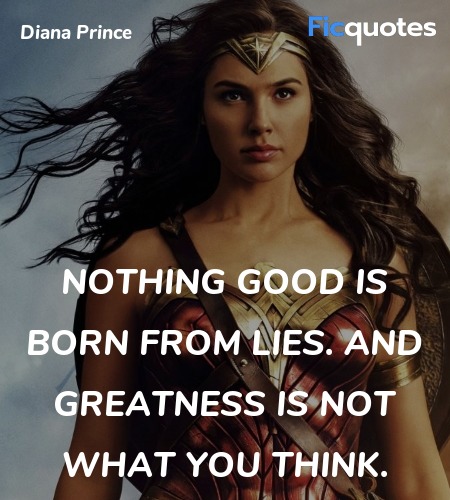 Nothing good is born from lies. And greatness is not what you think. 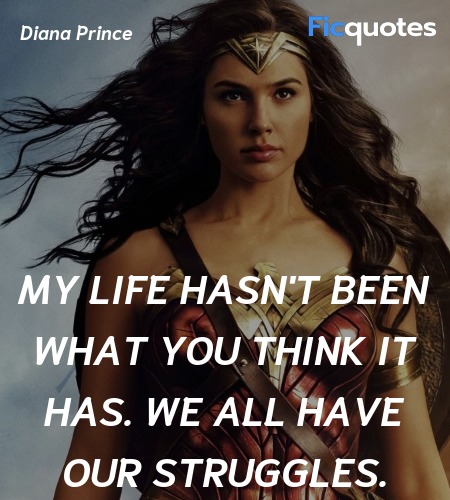 My life hasn't been what you think it has. We all have our struggles. 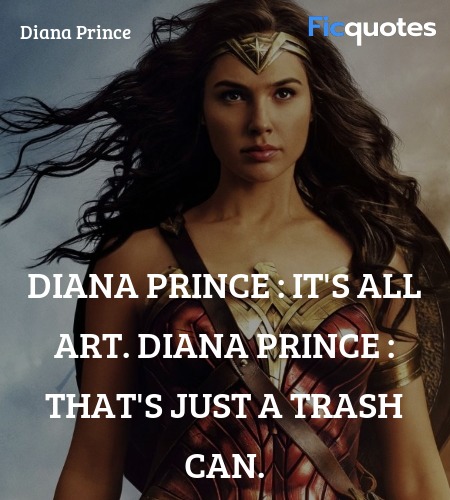 Diana: My father hid Themyscira from the world, and I have been trying to learn how he did it.
Steve: Did what?
Diana: Made something invisible. But in 50 years, I've only done it once.
Steve: Well now is not a bad time to start trying. How long does it last?
Diana: I don't know. It was just a coffee cup and I lost it. 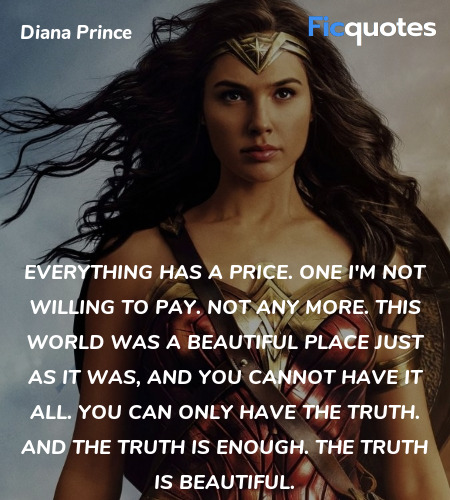 Everything has a price. One I'm not willing to pay. Not any more. This world was a beautiful place just as it was, and you cannot have it all. You can only have the truth. And the truth is enough. The truth is beautiful.

Steve: The way I fly, they'll never find us.
Diana: Oh, I forgot to tell you.
Steve: What?
Diana: Radar. I can't explain now, but they'll see us anywhere, even in the dark.
Steve Trevor: Well, will they shoot at us? Well shit, Diana. 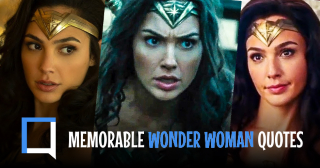