Buscapé - Rocket is played by Alexandre Rodrigues in City of God. 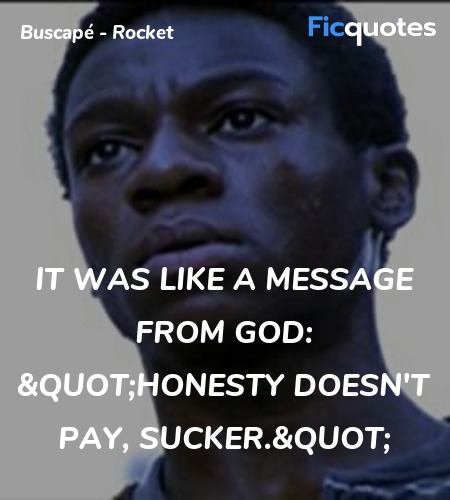 It was like a message from God: "Honesty doesn't pay, sucker." 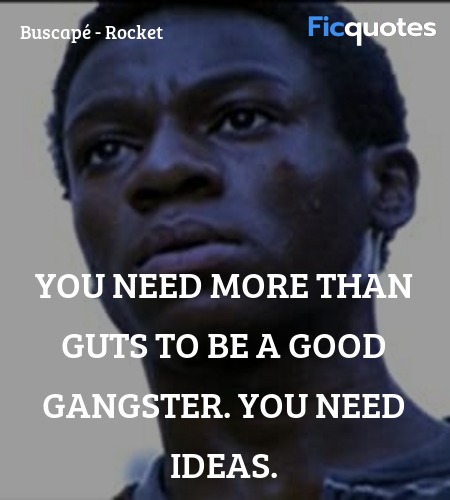 You need more than guts to be a good gangster. You need ideas. 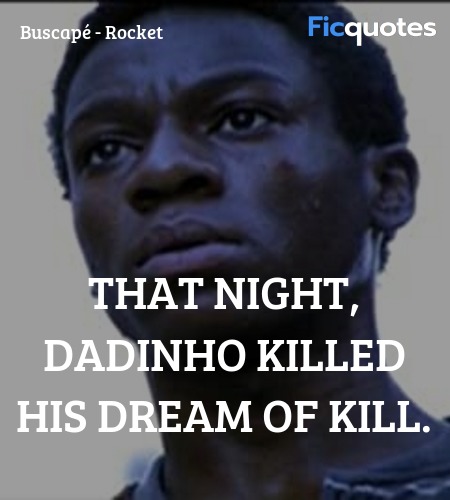 That night, Dadinho killed his dream of kill.

Buscapé: Fuck... I'm dead!
Zé Pequeno: What's the name of that friend of yours who took this pictures?
Thiago - Tiago: Buscapé.
Zé Pequeno: Buscapé! The guy is good!

What should have been swift revenge turned into an all out war. The City of God was divided. You couldn't go from one section the other, not even to visit a relative. The cops considered anyone living in the slum a hoodlum. People got used to living in Vietnam, and more and more volunteers signed up to die.