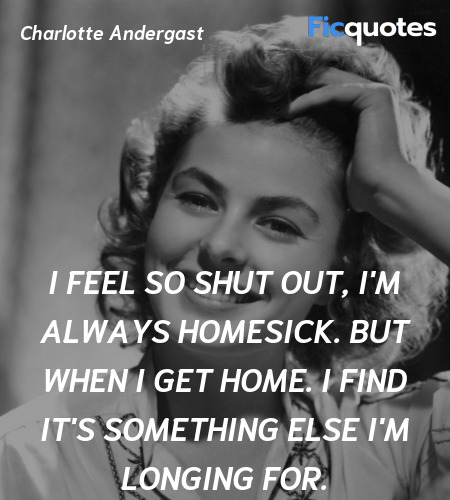 I feel so shut out, I'm always homesick. But when I get home. I find it's something else I'm longing for. 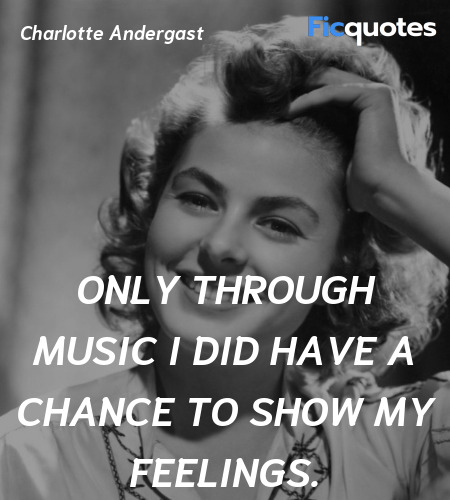 Only through music I did have a chance to show my feelings. 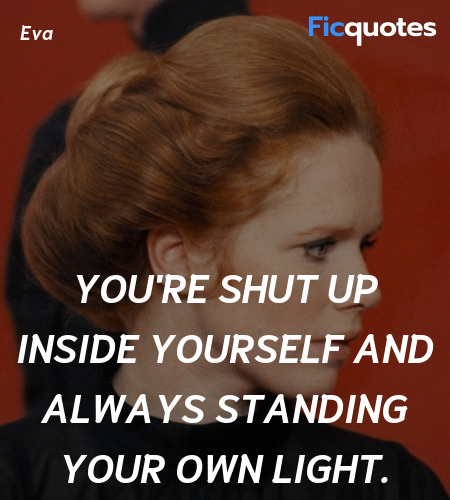 You're shut up inside yourself and always standing your own light. 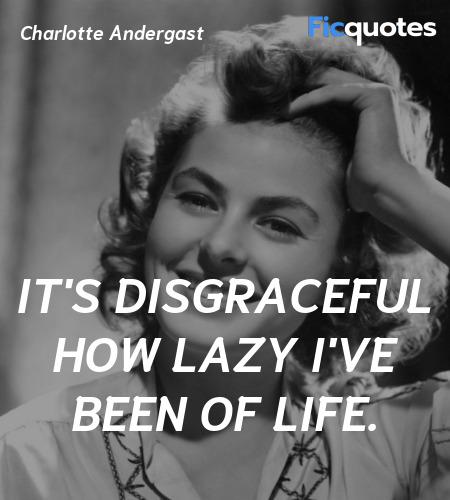 It's disgraceful how lazy I've been of life.

Maybe everything is already too late.

Sometimes, when I lie awake at night, I wonder whether I've lived at all. Is it the same for everybody? Do some people have a greater talent for living than others or do some people never live, but just exist?

You managed to injure me for life, just as you are injured.

A mother and a daughter, what a terrible combination.

There can be no forgiveness.

All that was sensitive and delicate, you attacked. All that was alive, you tried to smother.

Is it so? Is the daughter's misfortune the mother's triumph? Is my grief your secret pleasure?

But one thing I did understand: not a shred of the real me could be loved or accepted. I didn't dare to be myself even when I was alone because I hated what was my own.

People like you are a menace. You should be locked away and rendered harmless.

You talk of my hatred. Your hatred was no less.

You said my hair was too long and you had it cut short, it was hideous! Then you thought that I had crooked teeth, and you got me braces, I looked so grotesque! You would buy me books and I would read them and not understand them, and you would make me talk about them, and I would always be afraid that you would show up my stupidity.

Are the daughter's miseries the mother's triumphs?

There's no dividing line, no insurmountable wall. I know it can't be described. It's a world of liberated feelings. Do you know what I mean? To me, man is a tremendous creation, an inconceivable thought. In man is everything, from the highest to lowest. Everything exists side by side. Realities, not only the reality we perceive with our dull senses, but a tumult of realities arching above each other inside and outside. It's just fear and priggishness to believe in limits. There are no limits, neither to thoughts nor feelings. It's anxiety that sets limits.

I'm seized by fear and see a horrible picture of myself. I have never grown up. My face and my body have aged. I acquire memories and experiences but inside all that I haven't even been born. I can't remember any faces not even my own.

A sense of reality is a matter of talent. Most people lack that talent and maybe it's just as well.

Chopin was emotional, but not mawkish. Feeling is very far from sentimentality, The preulde tells of pain, not reverie. It hurts, but he doesn't show it.