A.J. Frost is played by Ben Affleck in Armageddon. 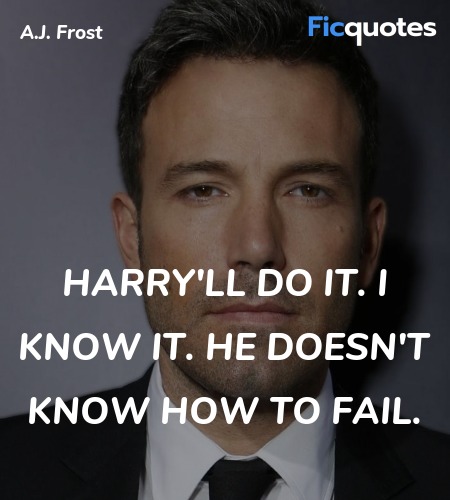 Harry'll do it. I know it. He doesn't know how to fail. 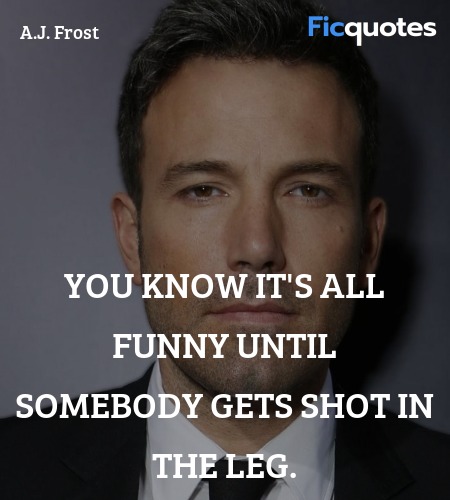 You know it's all funny until somebody gets shot in the leg.

A.J. : If anybody's anybody, I'm Han and you're-you're Chewbacca.
Oscar : Chewy? Have you even seen Star Wars?

A.J. : This is great. We just happen to run into the Grand Canyon on the asteroid.
Lev Andropov : I told you, you took wrong way, wrong road.
A.J. : What? What road? Do you see any roads around here?
Lev Andropov : You know what, I do not have much pleasure being near God's ear, but you think this is looking good or what?
A.J. : Lev, why don't you just do humanity a favor and just shut the hell up?

If you had like little animal cracker Discovery Channel thing watch the gazelle as he graze's through the open plains, and now look as the cheetah approachs. Watch as he stalks his prey. Now the gazelle has looked spooked and he could head north, to the mountainous peeks above, or he could go south. The gazelle now faces man's most perilous question, north... Or south...

We hope you enjoyed reading our collection of A.J. Frost quotes. You can also browse other Armageddon quotes . If you think we missed any quote from A.J. Frost or Armageddon, please send it to us.