Directed by: J.J. Abrams
Written by: Roberto Orci, Alex Kurtzman
Starring: Chris Pine, Zachary Quinto, Simon Pegg
Released on: May 8, 2009
Taglines: Before Guardians of the Galaxy... There was Star Trek 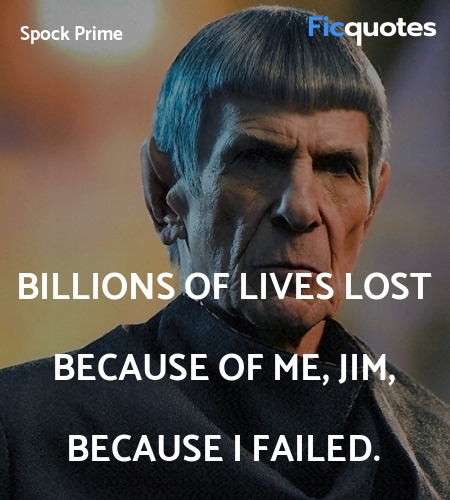 Billions of lives lost because of me, Jim, because I failed. 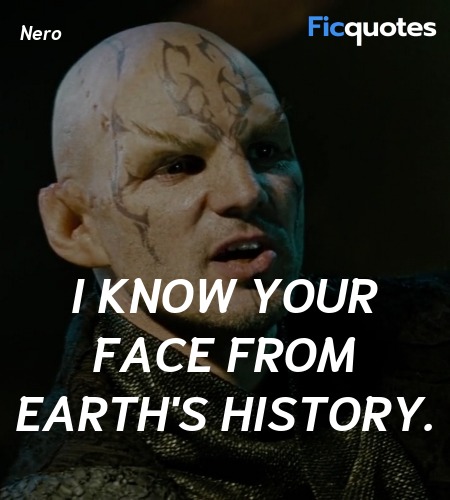 I know your face from Earth's history. 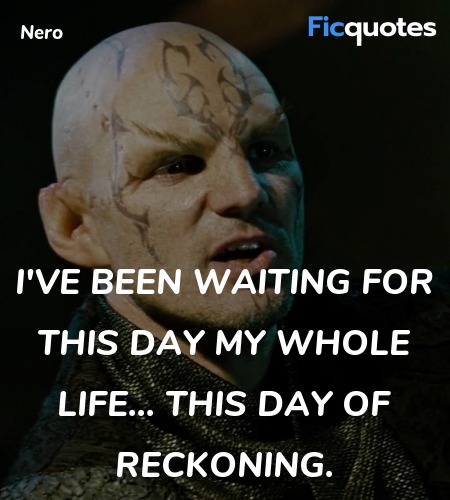 I've been waiting for this day my whole life... This day of reckoning. 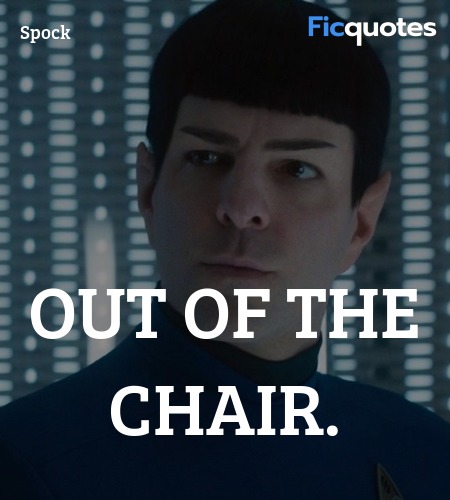 Out of the chair.

Get him off this ship.

I don't feel right. I feel like I'm leaking!

Four years? I'll do it in three.

Attention crew of the Enterprise, this is James Kirk. Mr. Spock has resigned commission and advanced me to acting captain. I know you are all expecting to regroup with the fleet, but I'm ordering a pursuit course of the enemy ship to Earth. I want all departments at battle stations and ready in ten minutes. Either we're going down... or they are. Kirk out.

Stardate: 2258.42... or, uh, 4... Whatever. Acting Captain Spock has marooned me on Delta Vega, in what I believe to be a violation of Security Protocol 49.09 governing the treatment of prisoners aboard a star...

Space: the final frontier. These are the voyages of the starship Enterprise. Her ongoing mission: to explore strange new worlds, to seek out new life-forms and new civilizations; to boldly go where no one has gone before.

James T. Kirk : Who was that pointy-eared bastard?
Leonard 'Bones' McCoy : I don't know, but I like him.

James T. Kirk : So what kind of combat training do you have?
Hikaru Sulu : Fencing.

Acting Captain's Log, Stardate 2258.42. We have had no word from Captain Pike. I've therefore classified him a hostage of the war criminal known as Nero. Nero, who has destroyed my home planet and most of its six billion inhabitants. While the essence of our culture has been saved in the elders who now reside upon this ship, I estimate no more than 10,000 have survived. I am now a member of an endangered species.

If you eliminate the impossible, whatever remains, however improbable, must be the truth.

James T. Kirk was considered to be a great man. He went on to captain the U.S.S. Enterprise... but that was another life. A life I will deprive you of just like I did your father!

We hope you enjoyed reading Star Trek quotes. Browse other movie quotes on Ficquotes also. If you think we missed any quote from Star Trek, please send it to us so we can expand our collection of the best Star Trek quotes.