Mary Cooper is played by Zoe Perry in Young Sheldon. 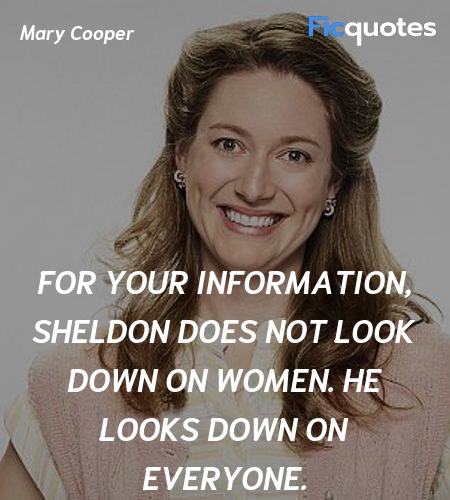 For your information, Sheldon does not look down on women. He looks down on everyone.

George Sr.: You saw it. My own son can't even imagine me being a role model. How am I supposed to be okay with that?
Mary Cooper: You're a role model for Georgie.
George Sr.: I used to be. Now he wants to grow up and be Tony Danza.
Mary Cooper: Did you forget you have a daughter who would really benefit from having a good man to look up to?
Mary Cooper: Oh dear Lord, you did forget.