Latest Ray Ferrier quotes from War of the Worlds

Ray Ferrier is played by Tom Cruise in War of the Worlds. 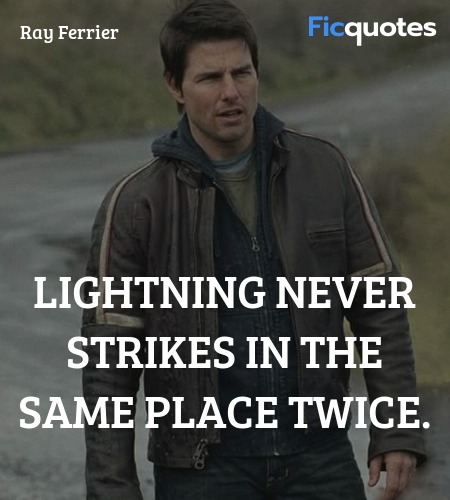 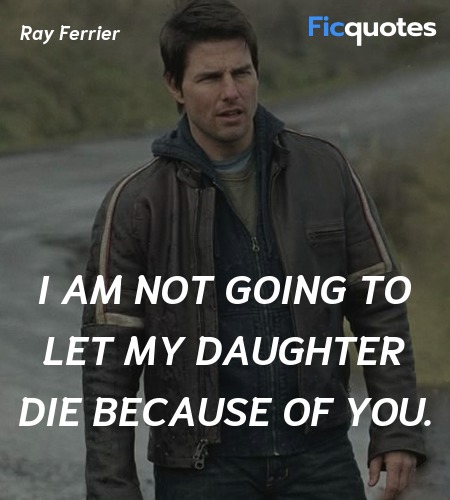 I am not going to let my daughter die because of you. 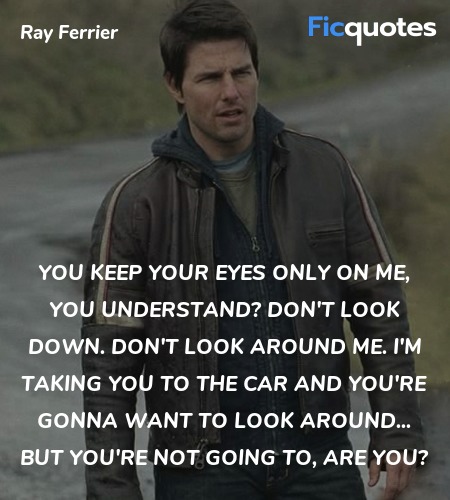 You keep your eyes only on me, you understand? Don't look down. Don't look around me. I'm taking you to the car and you're gonna want to look around... but you're not going to, are you? 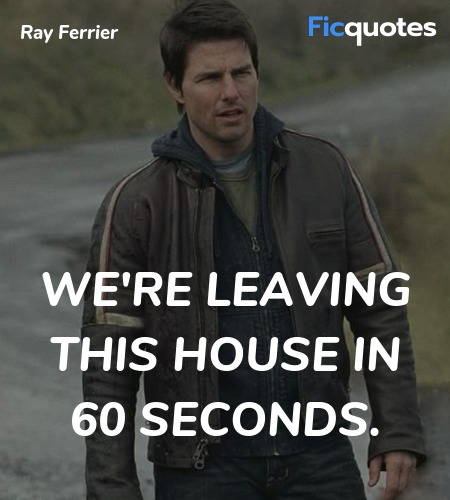 We're leaving this house in 60 seconds.

Ray Ferrier : Ketchup. Mustard. Thousand Island Dressing. Vinaigrette. This is good, Robbie. I told you to pack food. What the hell is this?
Robbie Ferrier : That's all that was in your kitchen.

Get in, Manny, or you're gonna die!

There he is. Hey, Robbie. You got a hug? A confusing handshake? Kick in the teeth? The door's locked.

Don't you get it? We're under attack!

Two for you, two for Robbie, two for me... One for the house.

This... This machine it just started... torching everyone... killing everything.

Can you think of a plan that *doesn't* involve your 10-year-old sister joining the army?

There's nothing living in that direction!

Look at the goddamned birds!