Juror #8: Look, there was one alleged eye witness to this killing. Someone else claims he heard the killing, saw the boy run out afterwards and there was a lot of circumstantial evidence. But, actually, those two witnesses were the entire case for the prosecution. Supposing they're wrong?
Juror #12: What do you mean, supposing they're wrong? What's the point of having witnesses at all?
Juror #8: Could they be wrong?
Juror #12: What are you trying to say? Those people sat on the stand under oath.
Juror #8: They're only people. People make mistakes. Could they be wrong?
Juror #12: Well, no, I don't think so.Juror #8: Do you 'know' so? 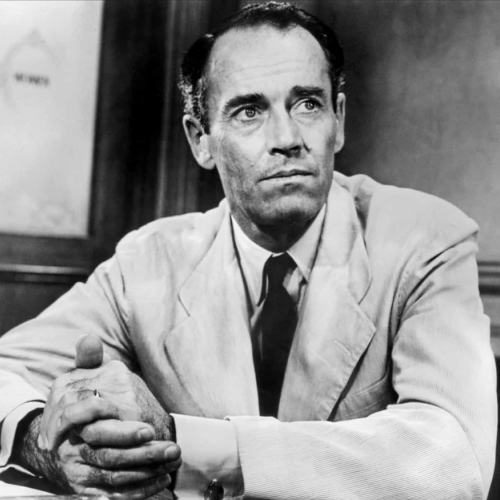 It's always difficult to keep personal prejudice out of a thing like this. And wherever you run into it, prejudice always obscures the truth. I don't really know what the truth is. I don't suppose anybody will ever really know. Nine of us now seem to feel that the defendant is innocent, but we're just gambling on probabilities - we may be wrong. We may be trying to let a guilty man go free, I don't know. Nobody really can. But we have a reasonable doubt, and that's something that's very valuable in our system. No jury can declare a man guilty unless it's sure.

Juror #10: Six to six... I'm telling you, some of you people in here must be out of your minds. A kid like that...
Juror #9: I don't think the kind of boy he is has anything to do with it. The facts are supposed to determine the case.
Juror #10: Don't give me that. I'm sick and tired of facts! You can twist 'em anyway you like, you know what I mean?
Juror #9: That's exactly the point this gentleman has been making.

Juror #3: You're talkin' about a matter of seconds! Nobody can be that accurate!
Juror #8: Well, I think testimony that can put a boy into the electric chair should be that accurate.