Latest Major Lennox quotes from Transformers: Revenge of the Fallen (2009)

Major Lennox is played by Josh Duhamel in Transformers: Revenge of the Fallen (2009). 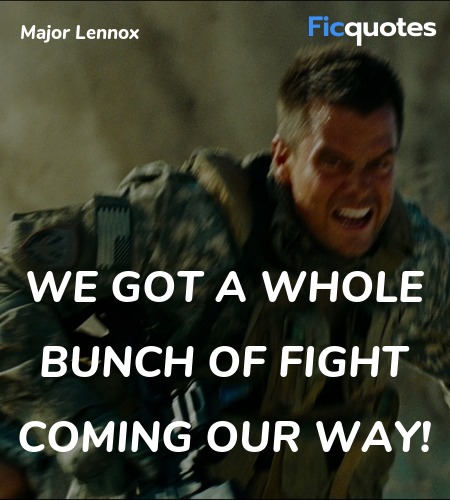 We got a whole bunch of fight coming our way! 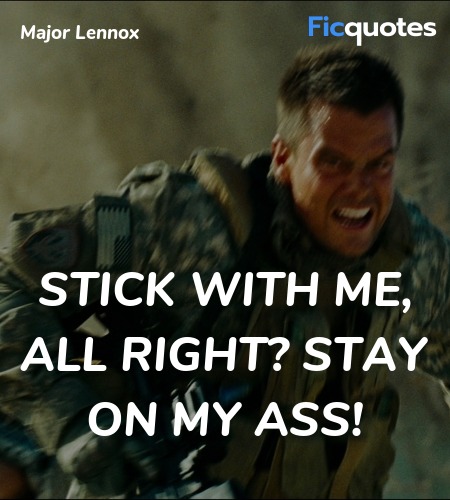 Stick with me, all right? Stay on my ass! 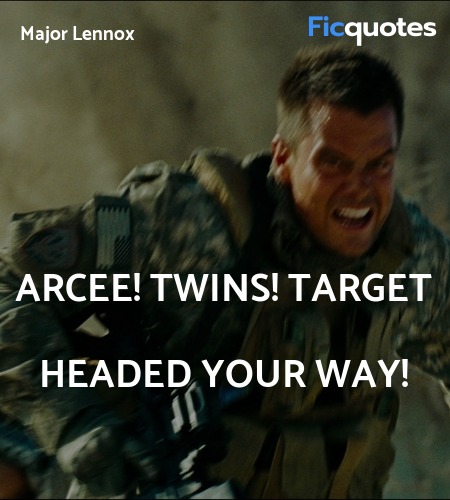 Galloway : "The Fallen shall rise again"? Sounds to me like something's coming. So let me ask: If we ultimately conclude that our national security is best served by denying you further asylum on our planet, will you leave peacefully?
Optimus Prime : Freedom is your right. If you make that request, we will honour it. But before your President decides, please ask him this: What if we leave, and you're wrong?
Major Lennox : That's a good question...

Major Lennox : Look who showed up... Director Galloway, what an unexpected surprise...
Galloway : Save it! Shanghai's a mess!

Chief Master Sergeant Epps : We just dropped ten tons of dead robot out in the middle of nowhere. I sure hope this kid knows what he's doing...
Major Lennox : Yeah, me too.

Galloway : What we need is to come up with a suitable diplomatic solution...
Major Lennox : What, like giving up the kid? There's NO negotiating with them!