King Orm is played by Patrick Wilson in Aquaman. 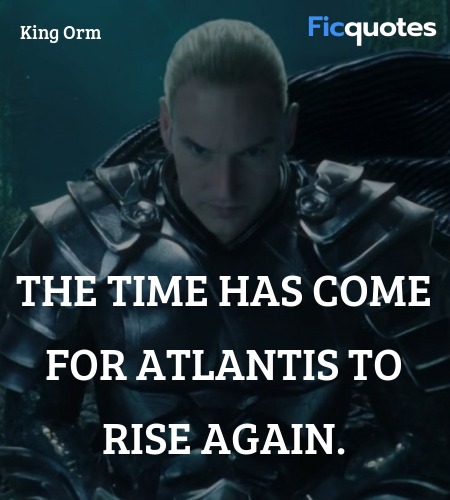 The time has come for Atlantis to rise again.

Orm : Join me or die!
Brine King : And you expect me to address you as Your Highness?
Orm : Not Highness. You can call me... Ocean Master. 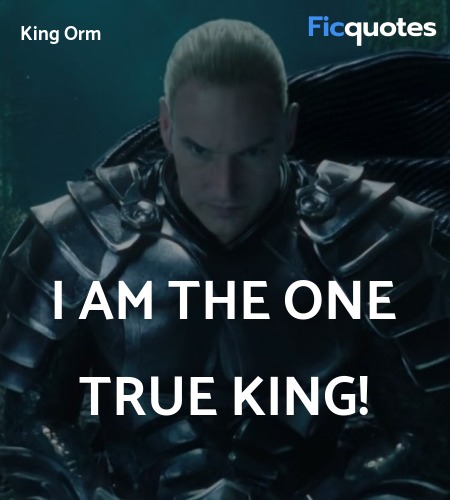 I am the one true king!

Orm : Kill him, and you'll get your prize.
Manta : Killing him is my prize.

Today we unite our kingdoms. Tomorrow we scorch the surface! RISE, ATLANTIS!

King Nereus : Violence has always plagued the surface. They will destroy themselves.
Orm : Not before destroying us first. We have been hiding long enough. The time has come for Atlantis to rise again.

ou wield our mother's trident. Powerful, but flawed. Like her. I wield my father's, and it has never known defeat!

People of Atlantis, hear me! My brother has come from the surface... to challenge me for the throne! Let us settle this in the ancient way: by bloodshed do the gods make known their will!

We hope you enjoyed reading our collection of King Orm quotes. You can also browse other Aquaman quotes . If you think we missed any quote from King Orm or Aquaman, please send it to us.