Directed by: Joe Johnston
Written by: Jonathan Hensleigh, Greg Taylor
Starring: Robin Williams, Kirsten Dunst, Bonnie Hunt
Released on: December 15, 1995
Taglines: An Adventure For Those Who Seek To Find A Way To Leave Their World Behind 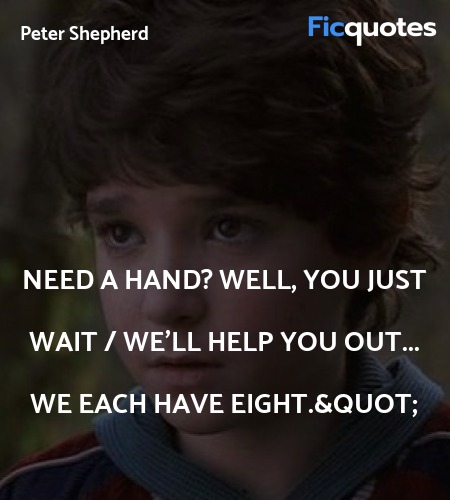 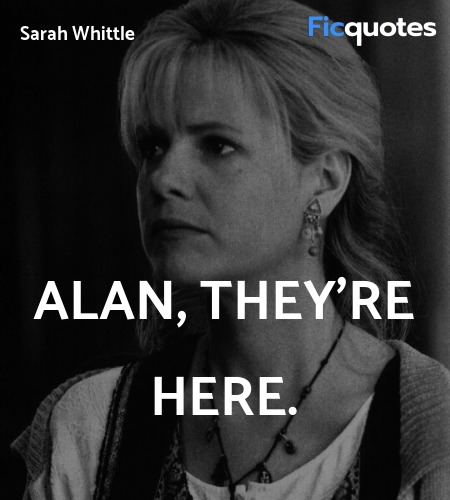 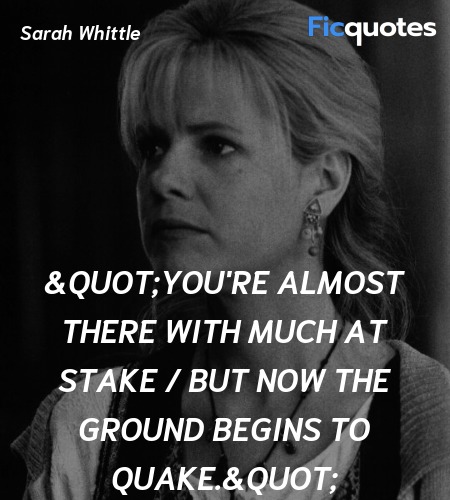 "You're almost there with much at stake / But now the ground begins to quake." 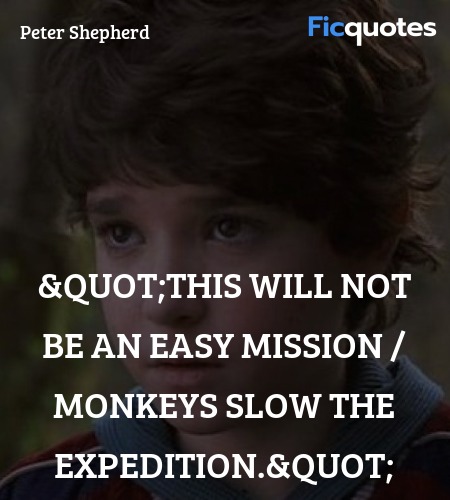 "This will not be an easy mission / Monkeys slow the expedition."

Gun salesman : You know they stopped making these in 1903...?
Hunter Van Pelt : Damn. I'll be needing a replacement weapon.

Sarah and I would like to get out of the floor, so it's your turn, Peter.

Alan Parrish : Where's Sir Sav-A-Lot?
Carl : Monroe and Elm!
Alan Parrish : The Episcopal Church.
Carl : No, it's not a church anymore. Now it's a Speedy Burger. Or at least it was. I don't know what's left of it. People in this town are goin' loopy.

Don't worry. I've done this before. Once.

Beware of the ground for which you stand / The floor is quicker than the sand."

"There is a lesson you will learn / Sometimes you must go back a turn."

A tiny bite can make you itch / Make you sneeze, make you twitch."

Our parents are dead too. They were in the Middle East negotiating peace when...

Alan Parrish : Do you know what happened to this shoe factory?
Shoe Factory Bum : Yeah, it folded up, like everything else in this town. It's pretty cold out there. How about some coffee?
Alan Parrish : Why would they close Parrish Shoes?
Shoe Factory Bum : Well, when his kid ran away, Sam put everything he had to find him - his time, his money, everything. After a while, he stopped coming to work. He just quit caring. I don't think anybody loved his boy more than Sam did.

Do you know what it was like to have witnessed Alan Parrish's murder? Do you think anyone showed up at my 14th birthday party?

You think that mosquitos, monkeys, and lions are bad? That is just the beginning. I've seen things you've only seen in your nightmares. Things you can't even imagine. Things you can't even see. There are things that hunt you in the night. Then something screams. Then you hear them eating, and you hope to God that you're not dessert. Afraid? You don't even know what afraid is. You would not last five minutes without me.

We hope you enjoyed reading Jumanji quotes. Browse other movie quotes on Ficquotes also. If you think we missed any quote from Jumanji, please send it to us so we can expand our collection of the best Jumanji quotes.