John wick is played by Keanu Reeves in John wick.

Marcus : It's been a while. My condolences. How're you holding up?
John Wick : I keep asking, "Why her?"
Marcus : There's no rhyme or reason to this life. It's days like today scattered among the rest.
John Wick : Are you sure?
Marcus : Don't blame yourself.
John Wick : What are you really doing here, Marcus?
Marcus : Just checking up on an old friend.
Marcus : Goodbye, John. 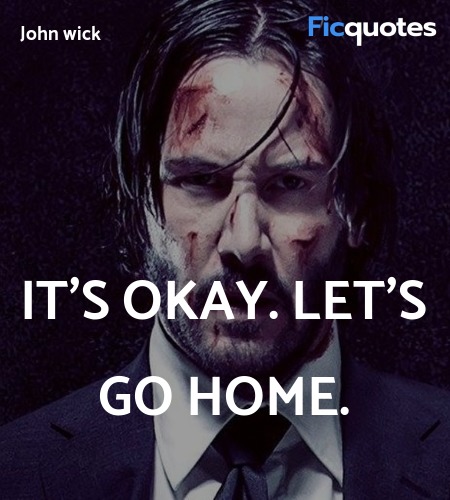 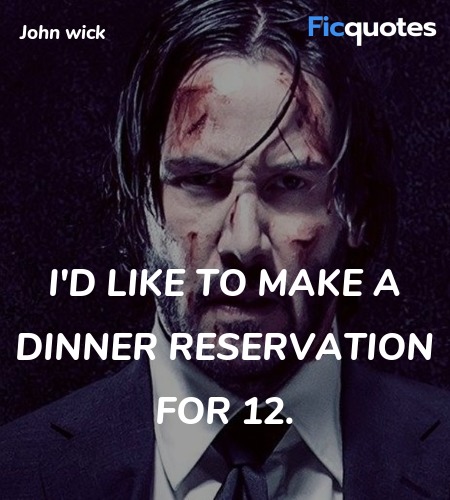 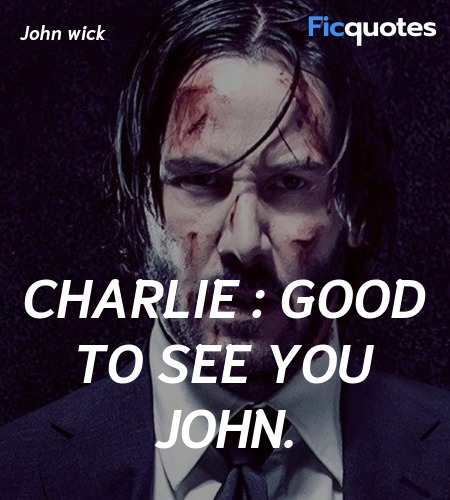 Charlie : Good to see you John. 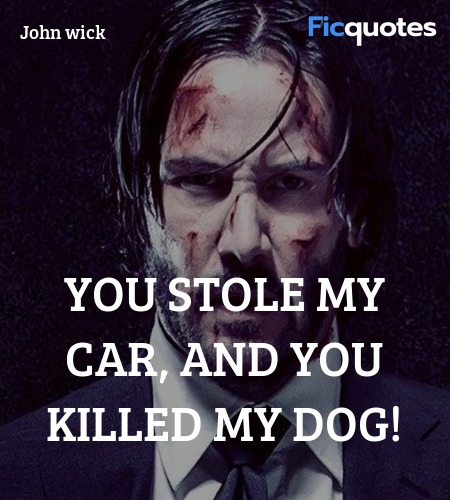 You stole my car, and you killed my dog!

John Wick : So what sort of movement am I looking at?
Continental Doctor : Well, if you're looking to heal, then keep it marginal. However, if you still have... business to attend to, take two of these beforehand. Your stitches'll tear and you'll bleed, but you'll have full function. Do you need anything for the pain?
John Wick : No, I've got that covered.

Marcus : You look terrible.
John Wick : No, I look retired.

Winston : To what do we owe the pleasure?
John Wick : Iosef Tarasov.
Winston : What about him?
John Wick : I'd like to talk with him.
Winston : A talk, you say. I'm familiar with the parlance, Jonathan.

John Wick : Yes?
Hotel Manager : I apologize for calling you at this hour, but we have received a number of grievances from your floor concerning the noise.
John Wick : My apologies. I was dealing with an uninvited guest.
Hotel Manager : Have you need then of, say, a dinner reservation, perhaps?
John Wick : Perhaps. I'll have to get back to you.

Addy : Holy shit! Jonathan!
John Wick : Hey, Addy.
Addy : My God! How long has it been? Four years?
John Wick : Five and change.
Addy : So tell me, how was life on the other side?
John Wick : It was good, Addy. Far better than I deserved.

John Wick : Charlie...
Charlie : You look good. And here I'd feared you'd left all this behind.

John Wick : I'm retired.
Addy : Not if you're drinking here, you're not.

Winston : Now, as I recall, weren't you the one tasked to dole out the beatings, not to receive them?
John Wick : Rusty, I guess.