Latest Frank Abagnale Jr. quotes from Catch Me If You Can (2002)

Frank Abagnale Jr. is played by Leonardo DiCaprio in Catch Me If You Can (2002). 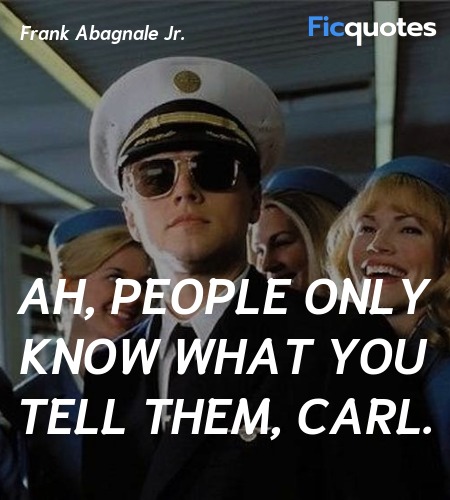 Ah, people only know what you tell them, Carl. 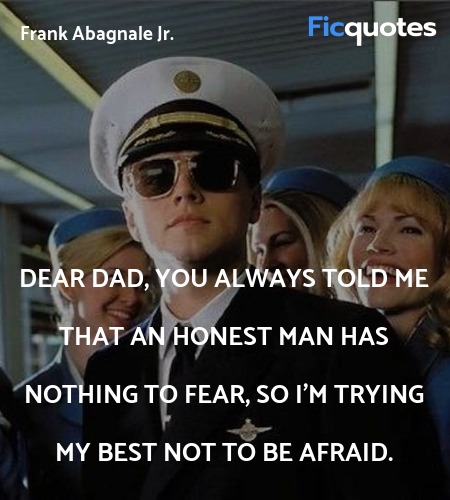 Dear Dad, you always told me that an honest man has nothing to fear, so I'm trying my best not to be afraid.

The truth is I'm not a doctor or a lawyer. I'm not an airline pilot. I'm nothing really. I'm just a kid in love with your daughter. 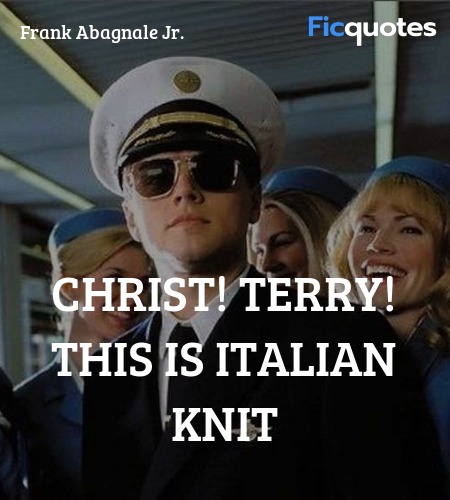 Christ! Terry! This is Italian knit

Frank Abagnale, Jr. : Your honor, ladies and gentlemen of the jury, this is irrefutable evidence that the defendant is, in fact, lying.
Judge : Mr. Conners, this is a preliminary hearing. There is no... defendant. There is no... jury. It's just me. Son... what in the HELL is wrong with you?

Frank Abagnale, Jr. : Brenda, I don't want to lie to you anymore. All right? I'm not a doctor. I never went to medical school. I'm not a lawyer, or a Harvard graduate, or a Lutheran. Brenda, I ran away from home a year and a half ago when I was 16.
Brenda Strong : Frank? Frank? You're not a Lutheran?

Roger Strong : Frank, would you like to say grace?
Roger Strong : Unless you're not comfortable.
Frank Abagnale, Jr. : Absolutely. Two little mice fell into a bucket of cream. The first mouse quickly gave up and drowned, but the second mouse, he struggled so hard that he eventually churned that cream into butter and he walked out. Amen.
Carol Strong : Oh, that was beautiful. The mouse, he churned that cream into butter.