Dominic Toretto is played by Vin Diesel in Fast Five (2011). 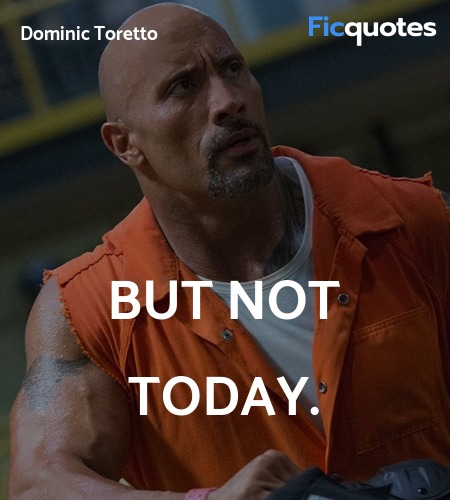 The most important thing in life will always be the people in this room. Right here, right now. Salute, mi familia.

When Hobbs crashes into Dom's 70 Charger, Dom says, "You just made a big mistake."

Elena Neves : Run, before it's too late. Leave Rio. You can be free.
Dominic Toretto : Running ain't freedom. You should know that.

Brian O'Conner : You realize we're talking about going up against the most powerful guy in all of Rio?
Dominic Toretto : Yes, we are.
Brian O'Conner : Then we're gonna need a team.