Latest Carl Hanratty quotes from Catch Me If You Can (2002)

Carl Hanratty is played by Tom Hanks in Catch Me If You Can (2002). 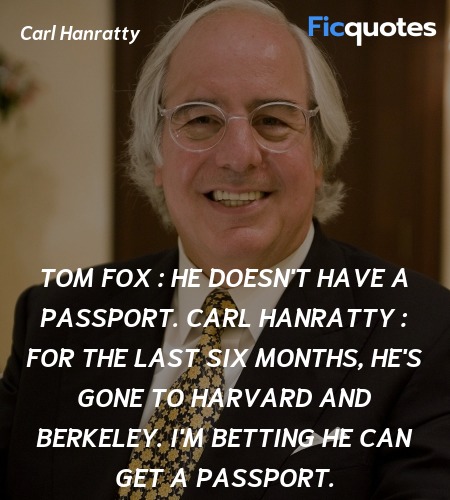 Tom Fox : He doesn't have a passport.
Carl Hanratty : For the last six months, he's gone to Harvard and Berkeley. I'm betting he can get a passport. 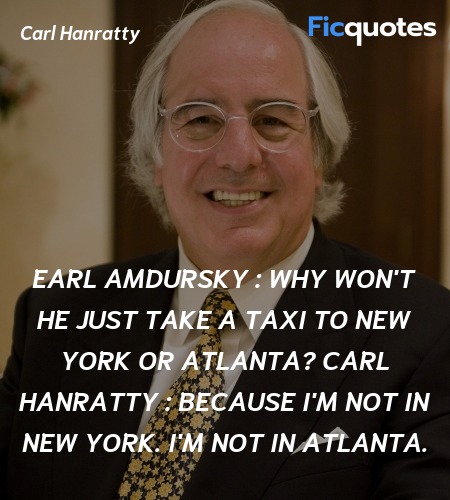 Earl Amdursky : Why won't he just take a taxi to New York or Atlanta?
Carl Hanratty : Because I'm not in New York. I'm not in Atlanta. 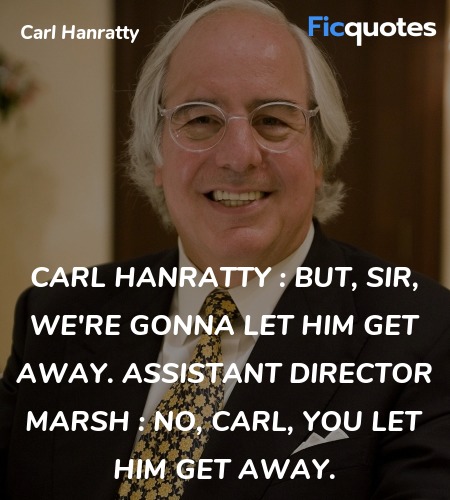 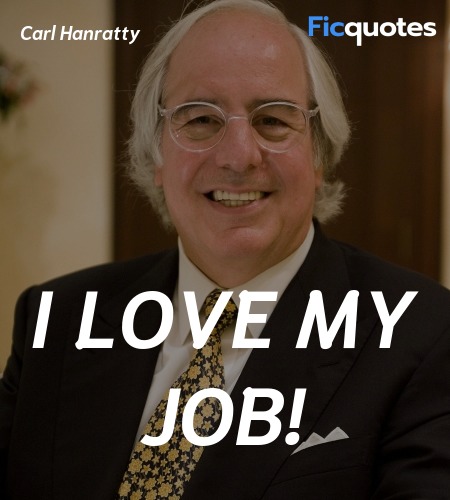 I love my job!

How'd you do it, Frank? How did you cheat on the bar exam in Louisiana?

Carl Hanratty : Our unknown subject is a paperhanger who started working on the East Coast. In the last few weeks this unsub has developed a new form of check fraud which I'm calling "the float". What he's doing is opening checking accounts at various banks then chaning the MICR ink routing numbers at the bottom of those checks. Next slide, please. This is a map of the 12 banks of the U.S. Federal Reserve. Slide. MICR scanners at every bank read these numbers at the bottom of the check - slide - and they ship that check off to its corresponding branch.
Special Agent Witkins : Carl, for those of us who are unfamiliar with bank fraud you mind telling us what the hell you're talking about?
Carl Hanratty : The East Coast branches are numbered zero-one to zero-six. The central branch is zero-seven, zero-eight so on, so forth.
Special Agent Witkins : You mean the numbers at the bottom of a check actually mean something?
Carl Hanratty : All of this was in the report I filed two days ago. If you change a zero-two to a one-two that means a check, which was cashed in New York Federal Branch but it is rerouted all the way to San Francisco Federal Branch. The bank doesn't even know the check has bounced for two weeks, which means our unsub can stay in one place, paper the same city over and over again, while his checks circle the country.