Bruce Wayne is played by Christian Bale in The Dark Knight Rises (2012). 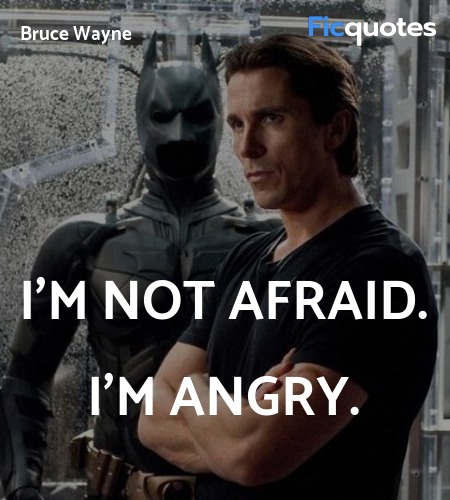 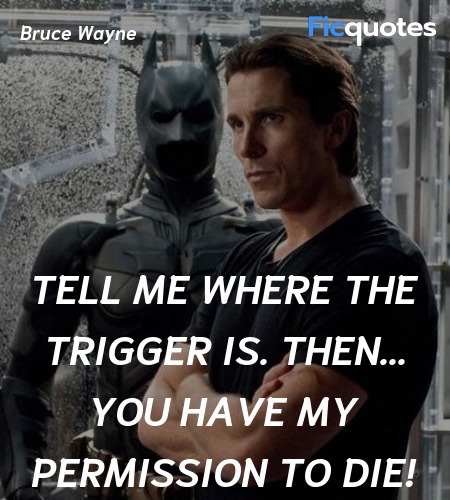 Tell me where the trigger is. Then... you have my permission to die! 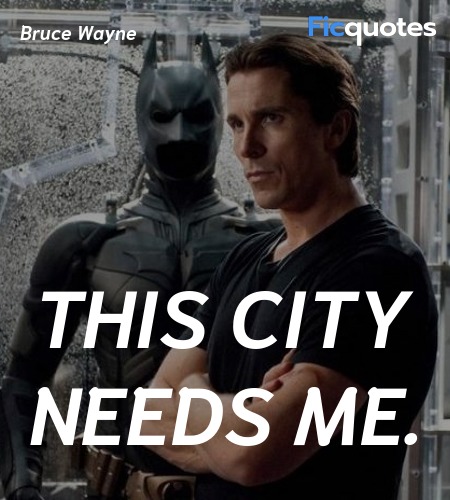 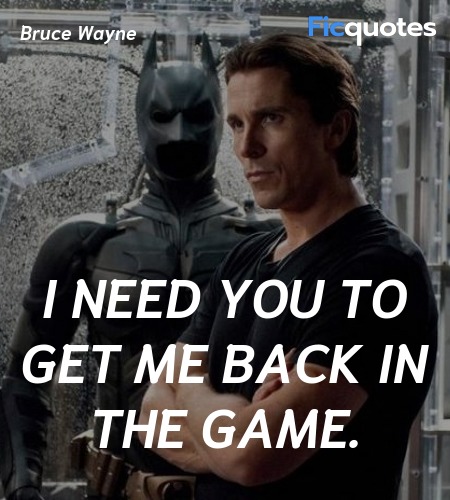 I need you to get me back in the game.

Catwoman : You could have gone anywhere, but you came back.
Batman : So did you.
Catwoman : Well then I guess we're both suckers.

Catwoman : I blow that tunnel open, I'm gone.
Batman : There's more to you than that.
Catwoman : Sorry I keep letting you down.
Catwoman : Come with me. Save yourself. You don't owe these people any more. You've given them everything.
Batman : Not everything. Not yet.

Doctor : I've seen worse cartilage in knees.
Bruce Wayne : That's good.
Doctor : No, that's because there is NO cartilage in your knee, and not much of any use in your elbows or your shoulders. Between that and the scar tissue on your kidneys, the residual concussive damage to your brain tissue, and the general scarred-over quality of your body, I cannot recommend that you go heliskiing, Mr. Wayne
Bruce Wayne : Right.

Bruce Wayne : I watched you die.
Ra's al Ghul : I told you I was immortal.

Batman : He was trying to kill millions of innocent people
Talia al Ghul : 'Innocent' is a strong word to throw around Gotham, Bruce. I honor my father by finishing his work. Vengeance against the man who killed him is simply a reward for my patience...
Talia al Ghul : You see, it's the slow knife... the knife that takes its time, the knife that waits years without forgetting, then slips quietly between the bones... that's the knife that cuts deepest.

Batman : This blocks the remote detonator signal to the bomb. Get it onto it before sunrise. They might hit the button when it starts.
Jim Gordon : When what starts?
Batman : War.

Catwoman : My mother warned me about getting into cars with strange men.
Batman : This isn't a car.