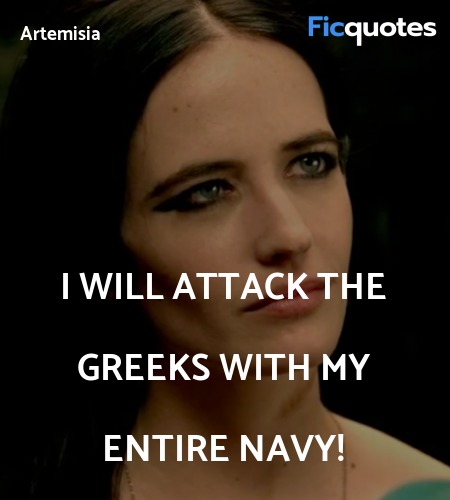 I will attack the Greeks with my entire navy! 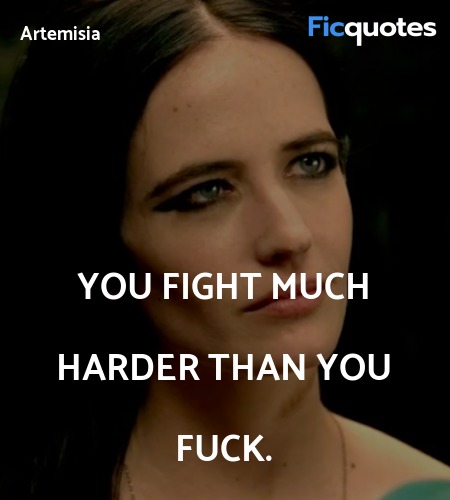 You fight much harder than you fuck. 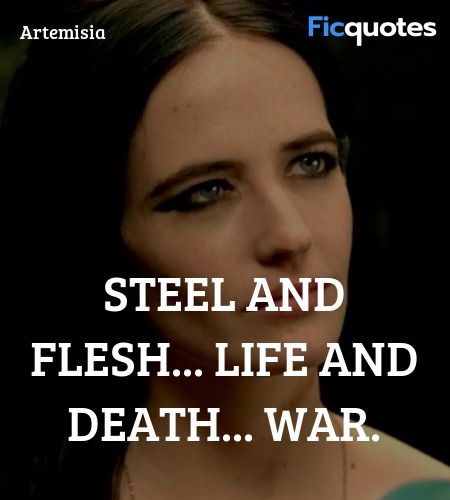 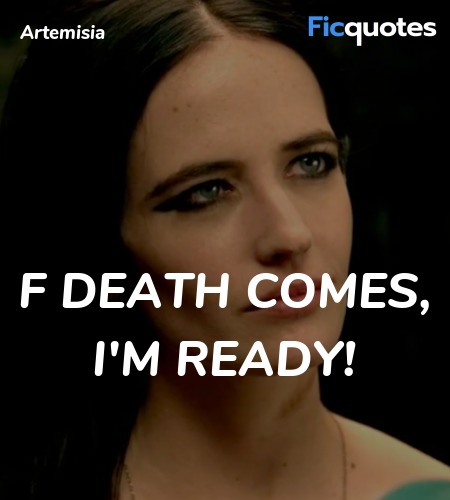 Do not forget who put the crown on your childish head! My king. Now sit on your golden throne and watch this battle from the safety I provide you.

Today we will dance across the backs of dead Greeks!

I am Greek by birth, and I have Greek blood running through my veins. But my heart is Persian.

Artemisia : It's a curious thing for a simple ship guard... to not lower his eyes when questioned by me. That could've been just a lack of discipline.
Artemisia : But a man's hands do not lie. They can reveal every imperfection and flaw in his character. You see, your hands are not rough enough to work the rigging of this ship. I know every single man beneath my lash. Can you explain to me how I don't know you?
Scyllias : Forgive me, Commander. Let me introduce myself.