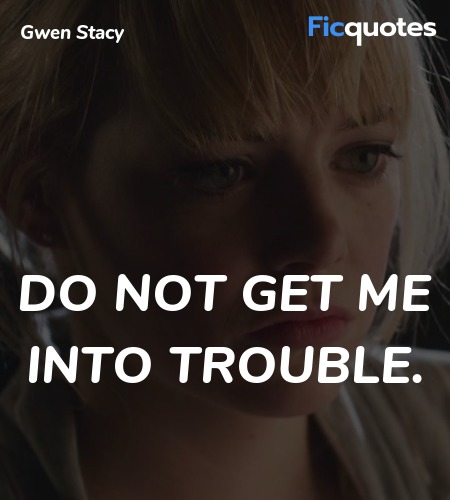 Do not get me into trouble. 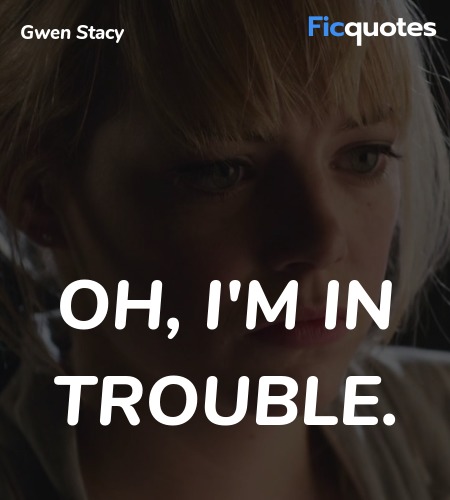 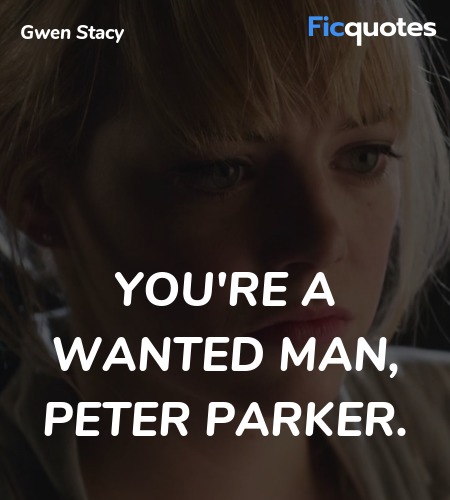 You're a wanted man, Peter Parker. 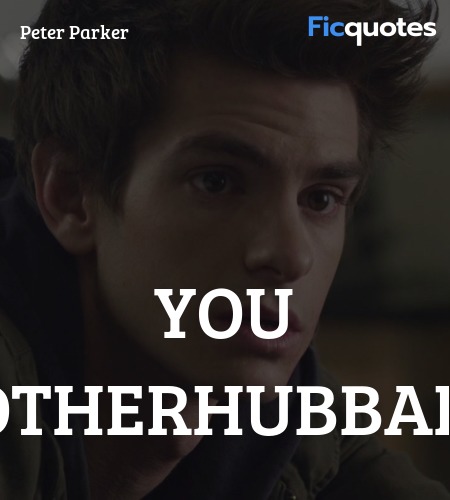 "That, changing like the snake, I might be free to cast off flesh wherein I dwell confined."

Do you have any idea what you really are?

I thought it was great what you did out there. Stupid, but great.

Extraordinary. How did you come up with this?

I forgot all about that thing. It was your dad's.

All these souls, lost and alone. I can save them. I can cure them. There's no reason to stop me, Peter.

: Welcome. My name is Dr. Curtis Connors. And yes, in case you're wondering, I'm a southpaw. I'm not a cripple, I'm a scientist, and I am the world's most foremost authority in herpetology. That's reptiles, for those of you who don't know.

Eddie Brock : What about that amazing... amazing night that we had?
Gwen Stacy : We had a coffee, Eddie.

If you want the truth, Peter, come and get it!
Dr. Curt Connors : You should LEAVE HIM ALONE!

Peter? I know things have been difficult lately and I'm sorry about that. I think I know what you're feeling. Ever since you were a little boy, you've been living with so many unresolved things. Well, take it from an old man. Those things send us down a road... they make us who we are. And if anyone's destined for greatness, it's you, son. You owe the world your gifts. You just have to figure out how to use them and know that wherever they take you, we'll always be here. So, come on home, Peter. You're my hero... and I love you!

May Parker : Why didn't you tell me you didn't like my meat loaf? You could have said that to me 37 years ago.
Ben Parker : Um...
May Parker : How many meat loaves have I made for you?

He's got you on his computer. I'm his probation officer.

Ben Parker : How's the other guy look?
Ben Parker : Come on. You think I don't know a right cross when I see one? Yes or no: do I need to call somebody's father?

I spent my life as a scientist trying to create a world without weakness, without outcasts. I sought to create a stronger human being, but there's no such thing. Human beings are weak, pathetic, feeble-minded creatures. Why be a human at all when we can be so much more? Faster, stronger, smarter. This is my gift to you.

The Lizard : Poor Peter Parker. No father. No mother. No uncle. You're all alone.
George Stacy : He's not alone.