Robert Angier is played by Hugh Jackman in The Prestige (2006). 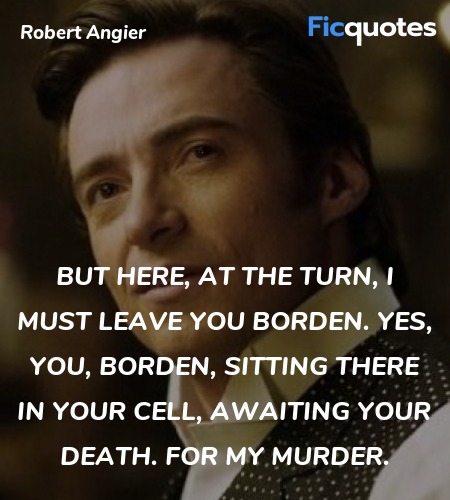 But here, at the turn, I must leave you Borden. Yes, you, Borden, sitting there in your cell, awaiting your death. For my murder. 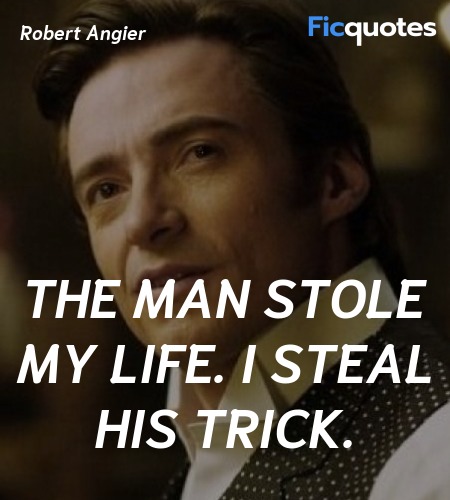 The man stole my life. I steal his trick. 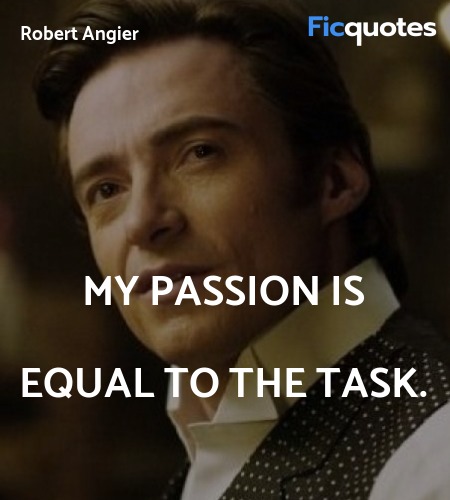 My passion is equal to the task.

It was the greatest magic trick I've ever seen.

Julia McCullough : I thought up a name for you: The Great Danton. Do you like it? It's sophisticated.
Robert Angier : It's French. 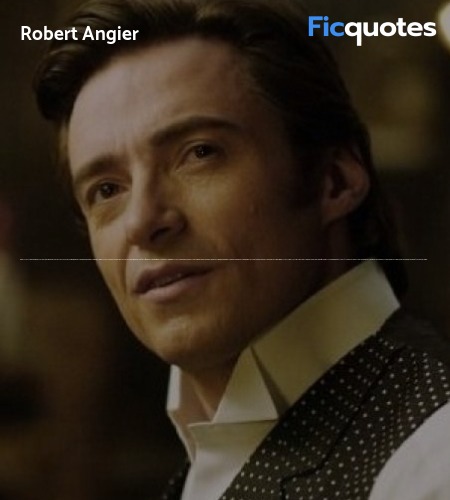 Olivia Wenscombe : Why would he trust me?
Robert Angier : Because you're going to tell him the truth.

Olivia Wenscombe : I have fallen in love with him, Robert.
Robert Angier : Then I know how hard this has been for you.

Robert Angier : In my travels, I have seen the future... And it is a strange future indeed. The world, ladies and gentleman, is on the brink of new, terrifying possibilities.
Robert Angier : What you are about to witness is not magic. It is purely science. I would like to invite you to come up on stage now so that you can examine the machine for yourselves.
Robert Angier : Man's reach exceeds his imagination!

Robert Angier : So what's going to be the climax of our show?
Merrit : Show? You don't have a show.

Robert Angier : I haven't had a chance yet to compliment you on your beautiful theatre.
Merrit : It'll be a lot more beautiful when it's full, Mr Angier.

He lives his act.

Robert Angier : Where are the wires?
Alley : Exactly.

Olivia Wenscombe : He says that it's even between you.
Robert Angier : Even? My wife for a few of his fingers?

Would I be the man in the box or the prestige?

You always were the better magician. We both know that. Whatever your secret was, you have to agree, mine is better.

No one cares about the man in the box, the man who disappears.