They do share one or two traits. Vanity. A distorted morality. A lack of empathy. And murderers tend to feel that they are above the rules and laws that govern ordinary mortals. 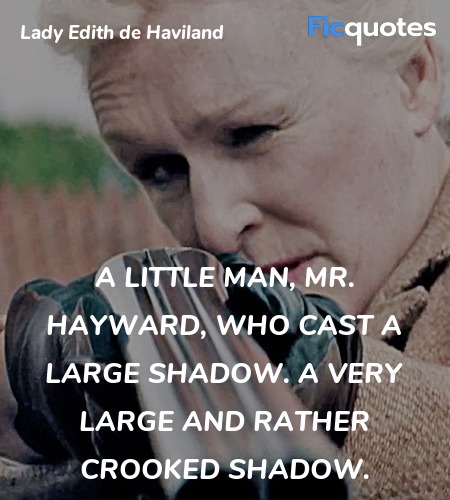 A little man, Mr. Hayward, who cast a large shadow. A very large and rather crooked shadow. 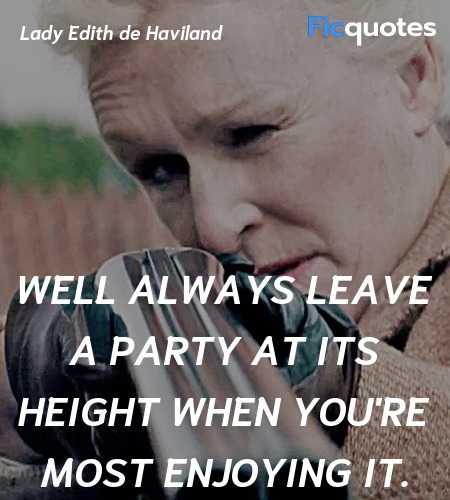 Well always leave a party at its height when you're most enjoying it. 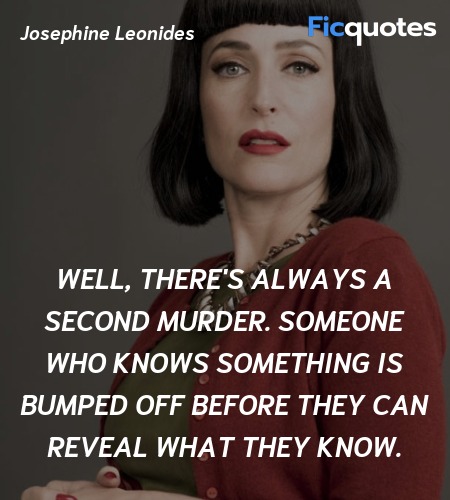 Well, there's always a second murder. Someone who knows something is bumped off before they can reveal what they know. 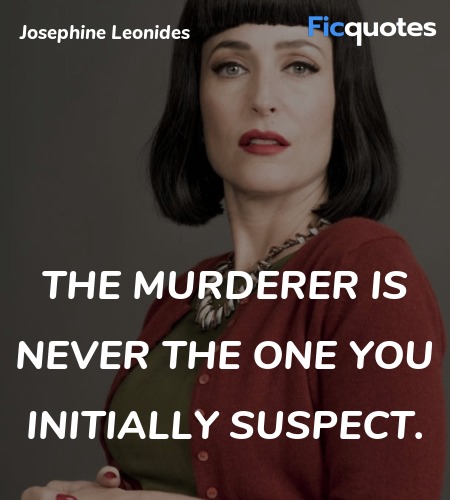 The murderer is never the one you initially suspect.

She doesn't like me calling her Mommy. She says it ages her.

You know, Josephine the first round of interrogation is not so much about finding clues as it is about getting a sense of who you're dealing with.

Grandfather said fortunes don't last if they get split between the weak members of a family. They should be concentrated in the hands of the strong.

It is a hothouse of suppressed passion. This is what happens when the person you love the most in the world who you would give your life for is actually the same person that you hate the most.

I hate stupid people. They're useless, apart from dying during wars like Grandpapa used to say.

But in some books, person after person is killed. You end by spotting the murderer because he or she is practically the only person left. We must see what happens next.