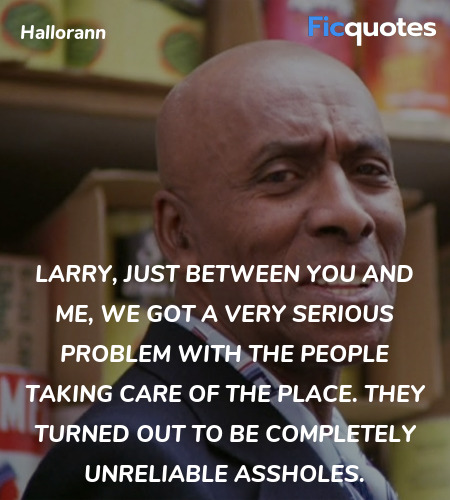 Larry, just between you and me, we got a very serious problem with the people taking care of the place. They turned out to be completely unreliable assholes. 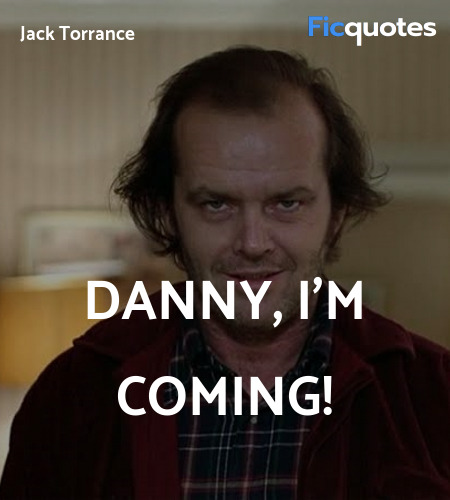 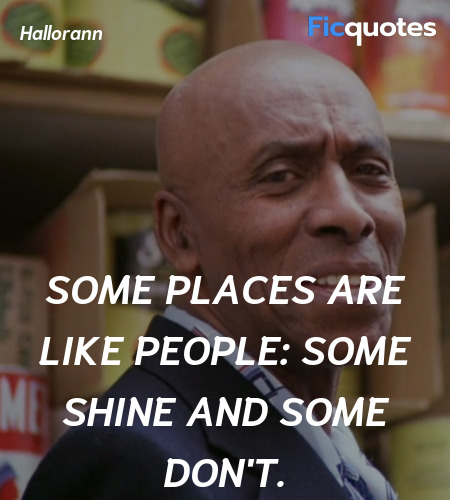 Some places are like people: some shine and some don't. 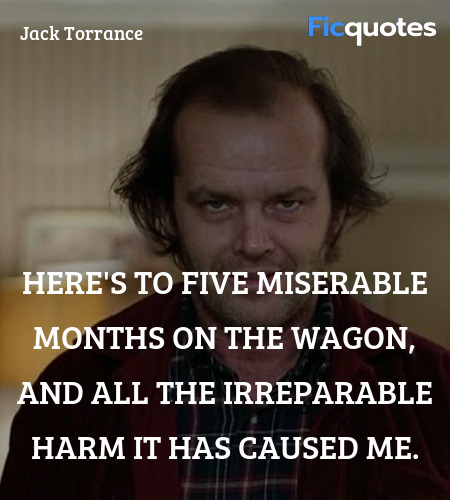 Here's to five miserable months on the wagon, and all the irreparable harm it has caused me.

Wendy, listen. Let me out of here and I'll forget the whole damn thing! It'll be just like nothing ever happened. Wendy, baby, I think you hurt my head real bad. I'm dizzy, I need a doctor. Honey, don't leave me here.

Dick Hallorann: We've got canned fruits and vegetables, canned fish and meats, hot and cold syrups, Post Toasties, Corn Flakes, Sugar Puffs, Rice Krispies, Oatmeal... and Cream of Wheat. You got...
Dick Hallorann: How'd you like some ice cream, Doc?
Dick Hallorann: ...a dozen jugs of black molasses, we got sixty boxes of dried milk, thirty twelve-pound bags of sugar... Now we got dried peaches, dried apricots, dried raisins and dried prunes. You know Mrs. Torrance, you got to keep regular, if you want to be happy!

It's amazing how fast you get used to such a big place. I tell you, when we first came up here I thought it was kinda scary.

Jack Torrance: The most terrible nightmare I ever had. It's the most horrible dream I ever had.
Wendy Torrance: It's okay, it's okay now. Really.
Jack Torrance: I dreamed that I, that I killed you and Danny. But I didn't just kill ya. I cut you up in little pieces. Oh my God. I must be losing my mind.

Jack Torrance: Wendy, let me explain something to you. Whenever you come in here and interrupt me, you're breaking my concentration. You're distracting me, and it will then take me time to get back to where I was. You understand?
Wendy Torrance: Yeah.
Jack Torrance: Now, we're going to make a new rule. When you come in here and you hear me typing
Jack Torrance: or whether you *don't* hear me typing, or whatever the fuck you hear me doing, when I'm in here, it means that I am working, that means don't come in. Now, do you think you can handle that?
Wendy Torrance: Yeah.
Jack Torrance: Good. Now why don't you start right now and get the fuck out of here? Hm?

I like you, Lloyd. I always liked you. You were always the best of them. Best goddamned bartender from Timbuktu to Portland, Maine. Or Portland, Oregon, for that matter.

God, I'd give anything for a drink. I'd give my goddamned soul for just a glass of beer.

Little pigs, little pigs, let me come in. Not by the hair of your chiny-chin-chin? Well then I'll huff and I'll puff, and I'll blow your house in.

All work and no play makes Jack a dull boy.