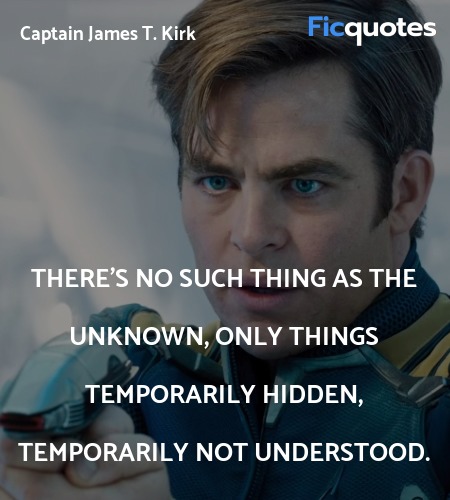 There's no such thing as the unknown, only things temporarily hidden, temporarily not understood. 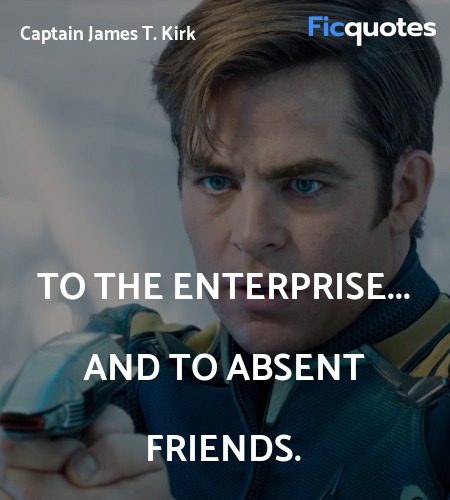 To the Enterprise... and to absent friends. 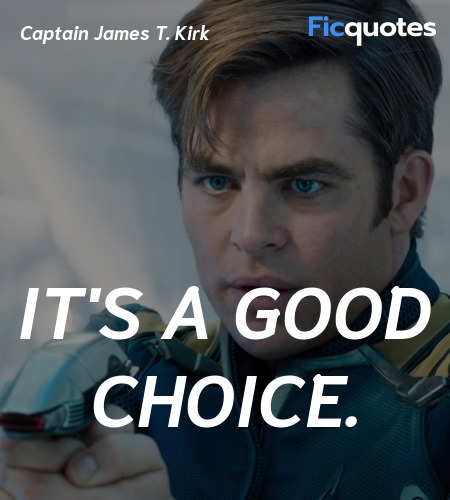 It's a good choice.

Commander Spock : "The miserable have no other medicine but only hope."
Doctor 'Bones' McCoy : Death's door and he's quoting Shakespeare. 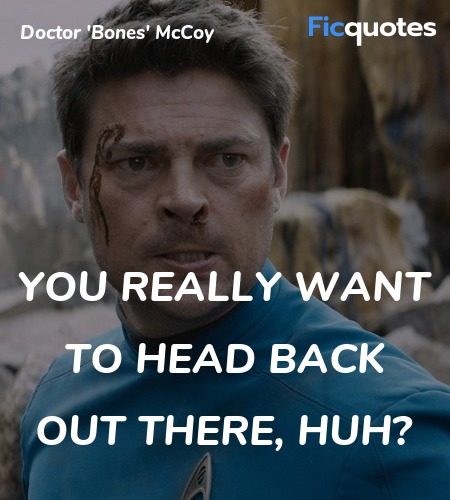 You really want to head back out there, huh?

Captain's Log, Stardate 2263.2. Today is our 966th day in deep space, a little under three years into our five year mission. The more time we spend out here, the harder it is to tell where one day ends and the next one begins. It can be a challenge to feel grounded when even the gravity is artificial. But, well, we do what we can to make it feel like home. The crew, as always, continues to act admirably despite the rigors of our extended stay here in outer space. And the personal sacrifices they have made. We continue to search for new lifeforms in order to establish firm diplomatic ties. Our extended time in uncharted territory has stretched the ship's mechanical capacities. But fortunately our engineering department, led by Mr. Scott, is more than up to the job. The ship aside, prolong cohabitation has definitely had effects on interpersonal dynamics. Some experiences for the better, and some for the worse. As for me, things have started to feel... a little... episodic. The farther out we go, the more I find myself wondering what it is we're trying to accomplish. But if the universe is truly endless, then are we not striving for something forever out of reach? The Enterprise is scheduled for reprovisioning stop at Yorktown, the Federation's newest and most advanced starbase. Perhaps a break from routine will offer up some respite from the mysteries of the unknown.

Commander Spock : It is unwise to trivialize that which one simply does not understand, Doctor. We can safely assume it is more important than a doodad.
Doctor 'Bones' McCoy : I think you just managed to insult me twice, Spock.

Doctor 'Bones' McCoy : Yeah. They say it hurts less if it's a surprise.
Commander Spock : If I may adopt a parlance with which you are familiar, I can confirm your theory to be horseshit.

Commander Spock : When you've lived as many lives as he... fear of death is illogical.
Doctor 'Bones' McCoy : Fear of death... is what keeps us alive.

Krall : Your captain... why did you sacrifice yourself for him?
Lieutenant Uhura : He would have done the same. And if he made it off that ship, he will come for us.
Krall : I am counting on it, Lieutenant Uhura.