I know how you feel, Jeff. Thirty years ago - I had those ideals, too. I was you. I had to make the decision you were asked to make today. And I compromised - yes! So that all these years I could stay in that Senate - and serve the people in a thousand honest ways! You've got to face facts, Jeff. I've served our state well, haven't I? We have the lowest unemployment and the highest federal grants. But, well, I've had to compromise, had to play ball. You can't count on people voting, half the time they don't vote, anyway. That's how states and empires have been built since time began. Don't you understand? Well, Jeff, you can take my word for it, that's how things are. Now I've told you all this because - well, I've grown very fond of you - about like a son - in fact, and I don't want to see you get hurt. Now, when that deficiency bill comes up in the Senate tomorrow, you stay away from it. Don't say a word. Great powers are behind it, and they'll destroy you before you can even get started. For your own sake, Jeff, and for the sake of my friendship with your father, please, don't say a word. 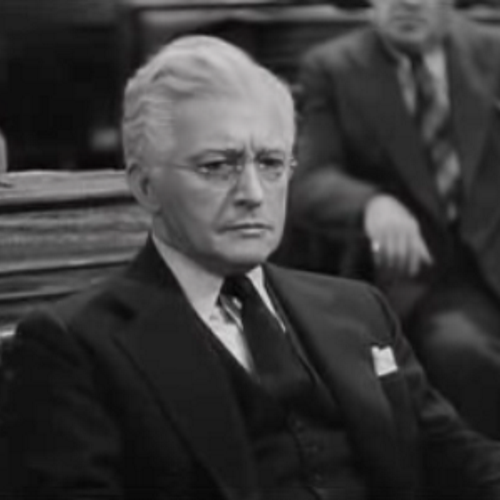 My Dad had the right idea. He had it all worked out. He used to say to me, "Son, don't miss the wonders that surround you; because, every tree, every rock, every ant hill, every star is filled with the wonders of nature." And, he used to say to me, "Have you ever noticed how grateful you are to see daylight again after coming through a long, dark tunnel?" Well, he'd say, "Always try to see life around you, as if you'd just come out a tunnel."

Jefferson Smith: Well, what do you expect me to do? An honorary stooge like me against the Taylors and Paines and machines and lies?
Clarissa Saunders: Your friend, Mr. Lincoln had his Taylors and Paines. So did every other man who ever tried to lift his thought up off the ground. Odds against them didn't stop those men. They were fools that way. All the good that ever came into this world came from fools with faith like that. You know that, Jeff. You can't quit now. Not you. They aren't all Taylors and Paines in Washington. That kind just throw big shadows, that's all. You didn't just have faith in Paine or any other living man. You had faith in something bigger than that. You had plain, decent, everyday, common rightness, and this country could use some of that. Yeah, so could the whole cockeyed world, a lot of it. Remember the first day you got here? Remember what you said about Mr. Lincoln? You said he was sitting up there, waiting for someone to come along. You were right. He was waiting for a man who could see his job and sail into it, that's what he was waiting for. A man who could tear into the Taylors and root them out into the open. I think he was waiting for you, Jeff. He knows you can do it, so do I.
Jefferson Smith: What? Do what, Saunders?
Clarissa Saunders: You just make up your mind you're not gonna quit, and I'll tell you what. I've been thinking about it all the way back here. It's a forty foot dive into a tub of water, but I think you can do it.