To begin with, this case should never have come ... 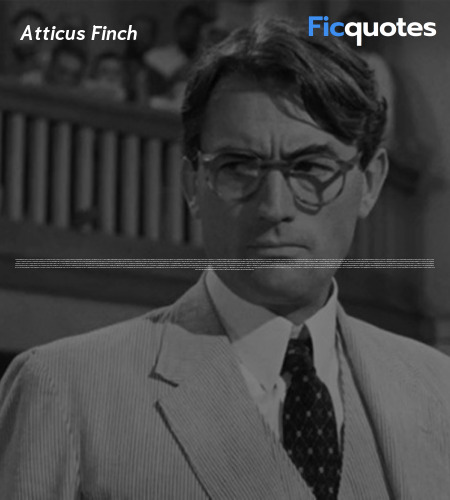 To begin with, this case should never have come to trial. The state has not produced one iota of medical evidence that the crime Tom Robinson is charged with ever took place... It has relied instead upon the testimony of two witnesses, whose evidence has not only been called into serious question on cross-examination, but has been flatly contradicted by the defendant. Now, there is circumstantial evidence to indicate that Mayella Ewel was beaten - savagely, by someone who led exclusively with his left. And Tom Robinson now sits before you having taken the oath with the only good hand he possesses... his RIGHT. I have nothing but pity in my heart for the chief witness for the State. She is the victim of cruel poverty and ignorance. But my pity does not extend so far as to her putting a man's life at stake, which she has done in an effort to get rid of her own guilt. Now I say "guilt," gentlemen, because it was guilt that motivated her. She's committed no crime - she has merely broken a rigid and time-honored code of our society, a code so severe that whoever breaks it is hounded from our midst as unfit to live with. She must destroy the evidence of her offense. But what was the evidence of her offense? Tom Robinson, a human being. She must put Tom Robinson away from her. Tom Robinson was to her a daily reminder of what she did. Now, what did she do? She tempted a Negro. She was white, and she tempted a Negro. She did something that, in our society, is unspeakable. She kissed a black man. Not an old uncle, but a strong, young Negro man. No code mattered to her before she broke it, but it came crashing down on her afterwards. The witnesses for the State, with the exception of the sheriff of Maycomb County have presented themselves to you gentlemen, to this court in the cynical confidence that their testimony would not be doubted, confident that you gentlemen would go along with them on the assumption... the evil assumption that all Negroes lie, all Negroes are basically immoral beings, all Negro men are not to be trusted around our women. An assumption that one associates with minds of their caliber, and which is, in itself, gentlemen, a lie, which I do not need to point out to you. And so, a quiet, humble, respectable Negro, who has had the unmitigated TEMERITY to feel sorry for a white woman, has had to put his word against TWO white people's! The defendant is not guilty - but somebody in this courtroom is. Now, gentlemen, in this country, our courts are the great levelers. In our courts, all men are created equal. I'm no idealist to believe firmly in the integrity of our courts and of our jury system - that's no ideal to me. That is a living, working reality! Now I am confident that you gentlemen will review, without passion, the evidence that you have heard, come to a decision and restore this man to his family. In the name of GOD, do your duty. In the name of God, believe... Tom Robinson. 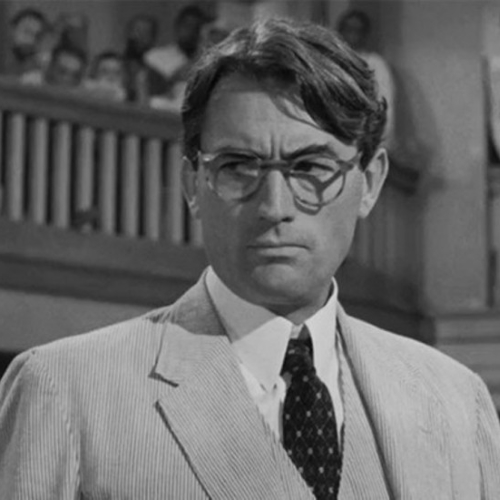 Read more Atticus Finch Quotes
From: To Kill a Mockingbird

To Kill a Mockingbird quotes

Jem: There goes the meanest man that ever took a breath of life.
Dill Harris: Why is he the meanest man?
Jem: Well, for one thing, he has a boy named Boo that he keeps chained to a bed in the house over yonder. Boo only comes out at night when you're asleep and it's pitch-dark. When you wake up at night, you can hear him. Once I heard him scratchin' on our screen door, but he was gone by the time Atticus got there.
Dill Harris: I wonder what he does in there? I wonder what he looks like?
Jem: Well, judgin' from his tracks, he's about six and a half feet tall. He eats raw squirrels and all the cats he can catch. There's a long, jagged scar that runs all the way across his face. His teeth are yella and rotten. His eyes are popped. And he drools most of the time.

Let's go down to the courthouse and see the room that they locked Boo up in. My aunt says it's bat-infested, and he nearly died from the mildew. Come on. I bet they got chains and instruments of torture down there.