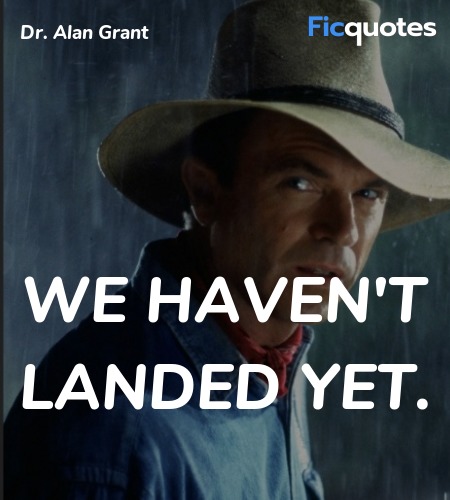 We haven't landed yet.

Either way... you probably won't get off this island alive. 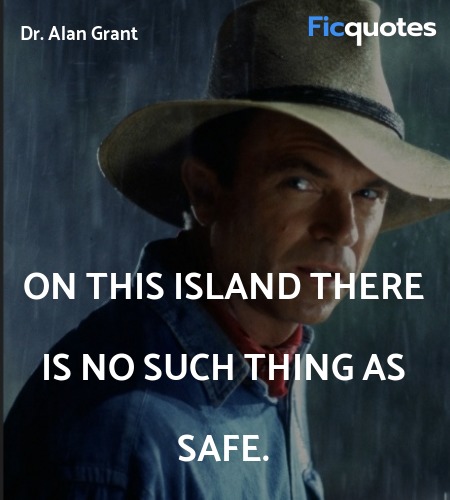 On this island there is no such thing as safe. 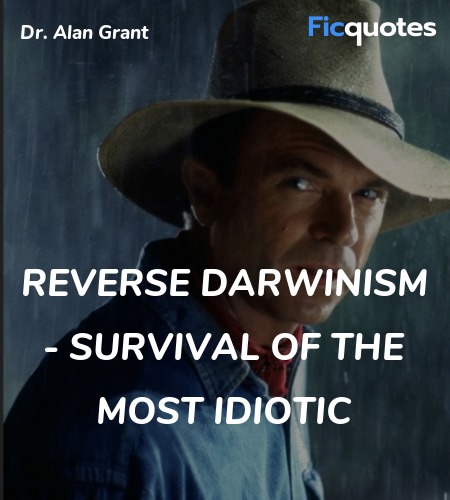 Reverse Darwinism - survival of the most idiotic

Dr. Grant said that is a very bad idea.

Fine, go ahead and scream and when that "Tricikloplots" attacks you, don't come crying to me.

Erik : Be careful with that. T-Rex. It scares some of the smaller ones away but attracts one really big one with the fin.
Dr. Grant : This is T-Rex pee?
Dr. Grant : How'd you get it?
Erik : You don't wanna know.

Dr. Grant : Erik, I have to tell you, I'm astonished that you've lasted eight weeks on this island.
Erik : ... Is that all it's been?

Dr. Grant : I have a theory that there are two kinds of boys. There are those that want to be astronomers, and those that want to be astronauts. The astronomer, or the paleontologist, gets to study these amazing things from a place of complete safety.
Erik : But then you never get to go into space.
Dr. Grant : Exactly. That's the difference between imagining and seeing: to be able to touch them. And that's... that's all that Billy wanted.

Dr. Grant : Did you read Malcolm's book?
Dr. Grant : So?
Erik : I don't know. It was kinda preachy. And too much Chaos. Everything Chaos. It just seemed like the guy was high on himself.
Dr. Grant : That's two things we have in common.

Erik : I read both of your books. I liked the first one more. Before you were on the island. You liked dinosaurs back then.
Dr. Grant : Back then, they hadn't tried to eat me yet.

Billy Brennan : How do you know the Kirbys?
Cooper : Through our church.

Udesky : We'll search for your son... in the direction that they're going.
Paul : Excellent, excellent...

Reporter : Are you saying you wouldn't want to get on Isla Sorna and study them if you had the chance?
Dr. Grant : No force on earth or heaven could get me on that island.

Great, just great. We're in the worst place in the world and we're not even being paid.