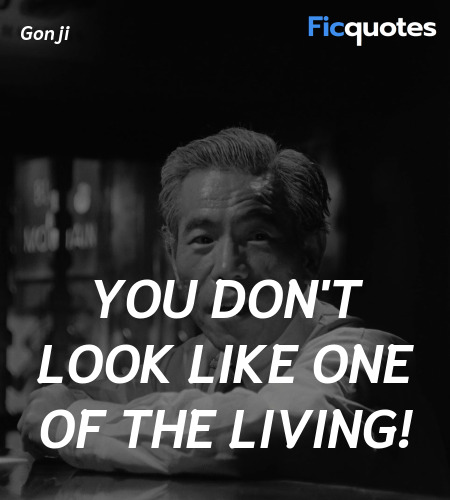 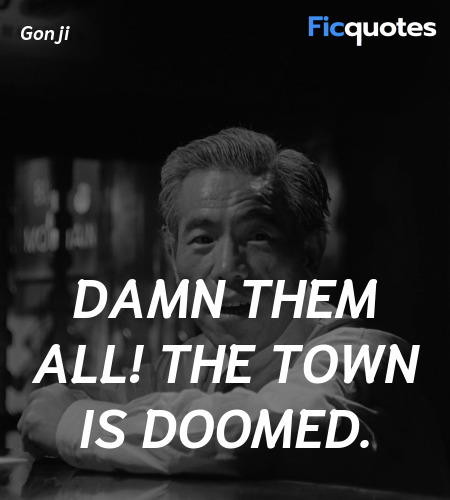 Damn them all! The town is doomed. 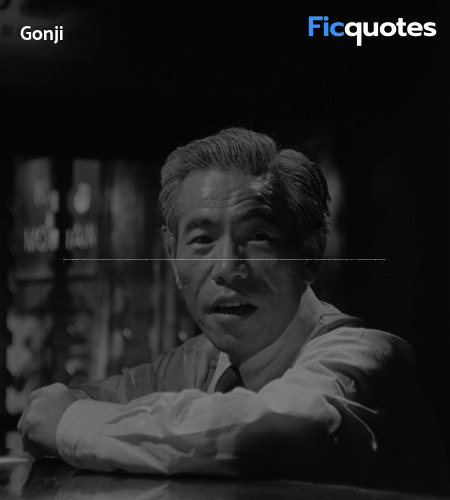 Poor fellow. His wife was too beautiful. It all started when he lost to Ushitora at gambling. If she were ugly, he'd only have lost his house. But old Tokuemon was drooling all over her. Ushitora saw a change to draw Tokuemon to his side. He took the wife and house and dangled them in front of Tokuemon. This poor fool built a hut right next to his former house just so he could watch helplessly as Tokuemon ravishes his wife every day.

Only swords can settle things now. They're fuming, rounding up drifters and criminals for their gangs. Instead of buying silk, they're buying thugs.

There he goes again! The casket maker. Only guy in town making any money. Can't make coffins fast enough. It's best not to have any gamblers at all. One boss to a town we can tolerate, but two is a disaster. Only the casket maker profits from that. Knock it off, you bastard!

Evil bastard came back, did he? He looks as gentle as the zodiac Rabbit he's named after, but he's a wolf inside.

We hope you enjoyed reading our collection of Gonji quotes. You can also browse other Yojimbo quotes . If you think we missed any quote from Gonji or Yojimbo, please send it to us.