Latest Father Barry quotes from On the Waterfront

Father Barry is played by Karl Malden in On the Waterfront. 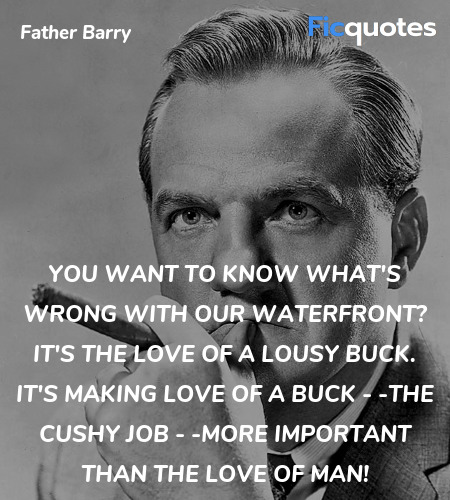 You want to know what's wrong with our waterfront? It's the love of a lousy buck. It's making love of a buck - -the cushy job - -more important than the love of man! 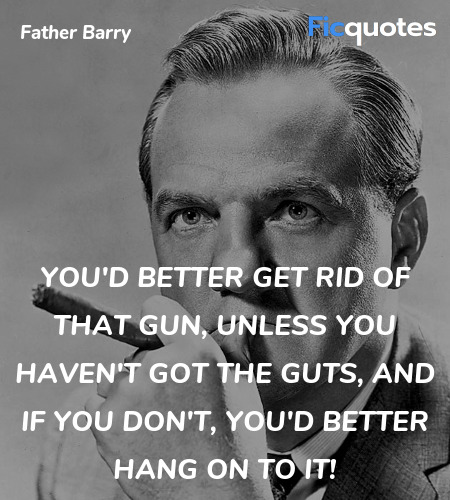 You'd better get rid of that gun, unless you haven't got the guts, and if you don't, you'd better hang on to it! 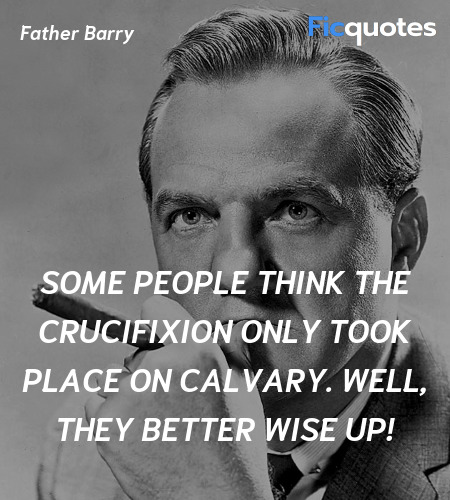 Some people think the Crucifixion only took place on Calvary. Well, they better wise up!

Some people think the Crucifixion only took place on Calvary. They better wise up! Taking Joey Doyle's life to stop him from testifying is a crucifixion. And dropping a sling on Kayo Dugan because he was ready to spill his guts tomorrow, that's a crucifixion. And every time the Mob puts the pressure on a good man, tries to stop him from doing his duty as a citizen, it's a crucifixion. And anybody who sits around and lets it happen, keeps silent about something he knows that happened, shares the guilt of it just as much as the Roman soldier who pierced the flesh of our Lord to see if he was dead.

Boys, this is my church! And if you don't think Christ is down here on the waterfront you've got another guess coming!

Isn't it simple as one, two, three? One: The working conditions are bad. Two: They're bad because the mob does the hiring. And three: The only way we can break the mob is to stop letting them get away with murder.