Conklin is played by Chris Cooper in The Bourne Identity (2002). 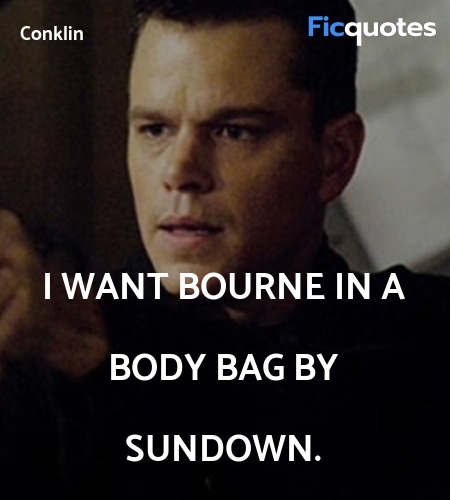 I want Bourne in a body bag by sundown. 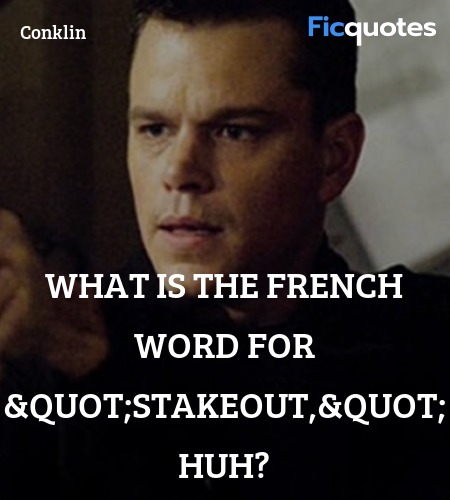 What is the French word for "stakeout," huh? 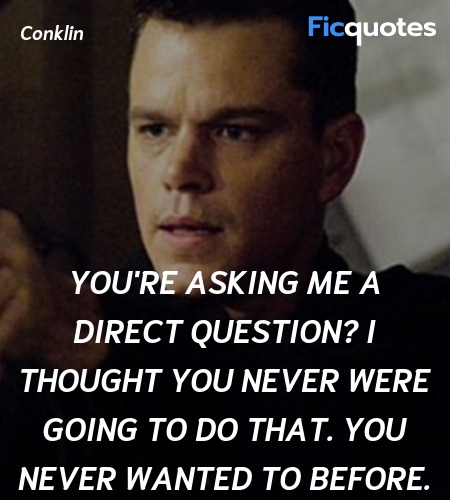 You're asking me a direct question? I thought you never were going to do that. You never wanted to before.

Great police work, really brilliant! Why don't they just hang out a banner that says "Don't come back"! Jesus Christ. What is the French word for 'stake-out', huh?

Now Jason, this only goes two ways. Either you come in and let us make this right, or we're going to have to keep going until we're satisfied.

Ward Abbott : Can you really bring him in?
Conklin : I think we're past that, don't you? What, do you have a better idea?
Ward Abbott : Well, so far, you've given me nothing but a trail of collateral damage from Zurich to Paris. I don't think I could do much worse.
Conklin : Well, why don't you go upstairs and book a conference room. Maybe you can talk him to death.