Charlie Babbitt is played by Tom Cruise in Rain Man. 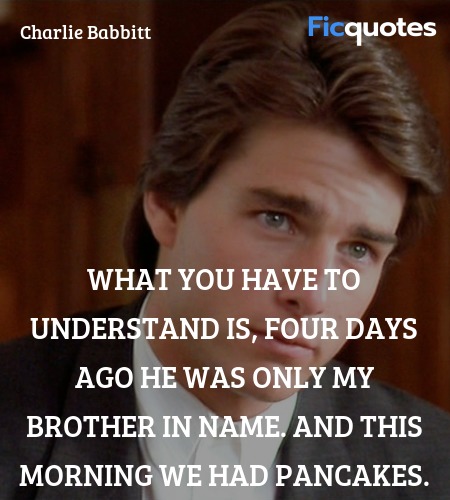 What you have to understand is, four days ago he was only my brother in name. And this morning we had pancakes. 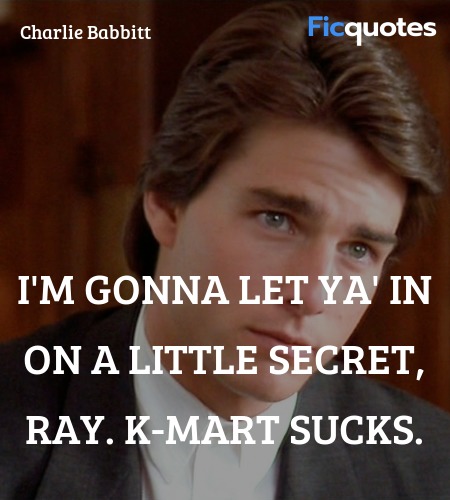 I'm gonna let ya' in on a little secret, Ray. K-Mart sucks. 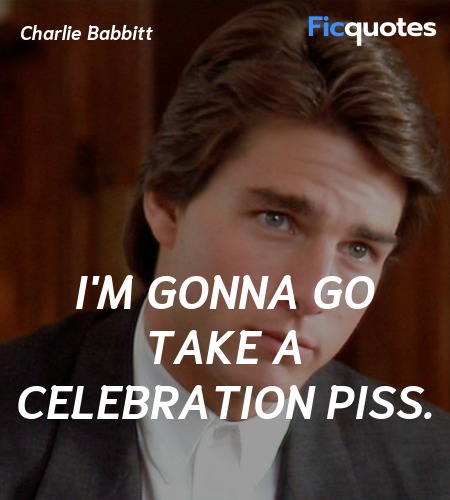 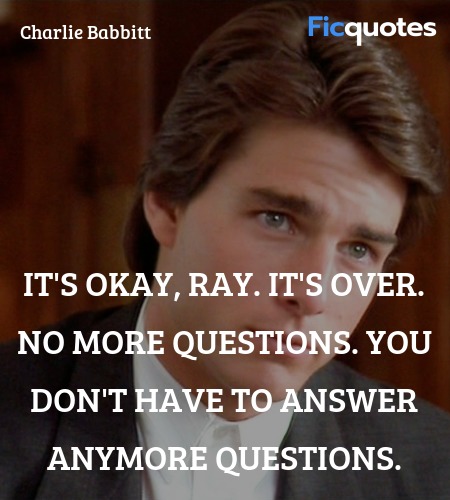 Ray, it would be nice if you didn't carry that television everywhere we go.

That's why they sent you away. Because you hurt me.

I just realized I'm not pissed off anymore. My father cut me out of his will. You probably knew he tried to contact me over the years. I never called him back. I was a prick. If he was my son and didn't return my calls, I'd have written him out. But it's not about the money anymore. You know, I just don't understand. Why didn't he tell me I had a brother? Why didn't anyone ever tell me that I had a brother? Because it'd have been nice to know him for more than just the past six days.

I'm sorry ma'am, I lied to you. I'm very sorry about that. That man right there is my brother and if he doesn't get to watch 'People's Court' in about 30 seconds, he's gonna throw a fit right here on your porch. Now you can help me or you can stand there and watch it happen.

Ray, you're never gonna solve it. It's not a riddle because Who *is* on first base. That's a joke, Ray, it's comedy, but when you do it you're not funny. You're like the comedy of Abbott and Abbott.

$200 is about to go to the shit house and Lenny doesn't wanna answer the phone!

Ray, we're at an airport. People fly out of airports. What'd you think we're doing here this whole time?

Ray, did you fucking hear what I said? SHUT UP!

You tire me, Ray.

We hope you enjoyed reading our collection of Charlie Babbitt quotes. You can also browse other Rain Man quotes . If you think we missed any quote from Charlie Babbitt or Rain Man, please send it to us.