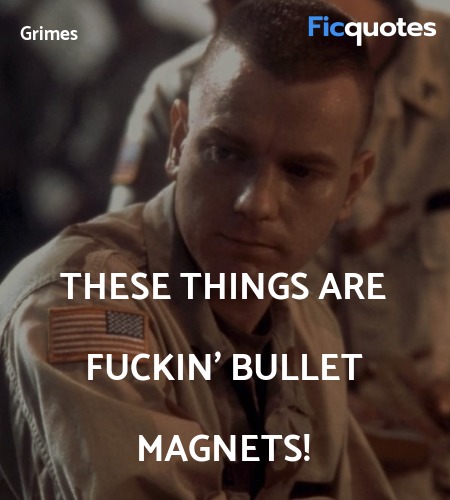 These things are fuckin' bullet magnets! 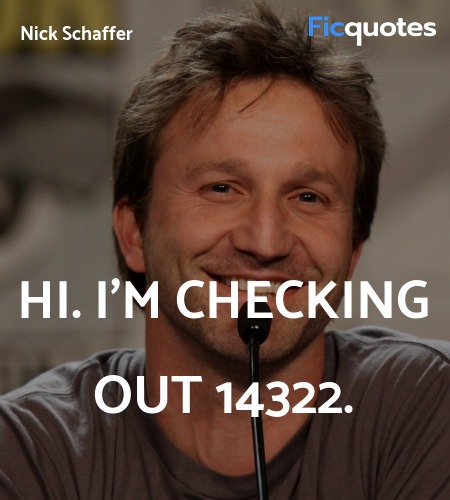 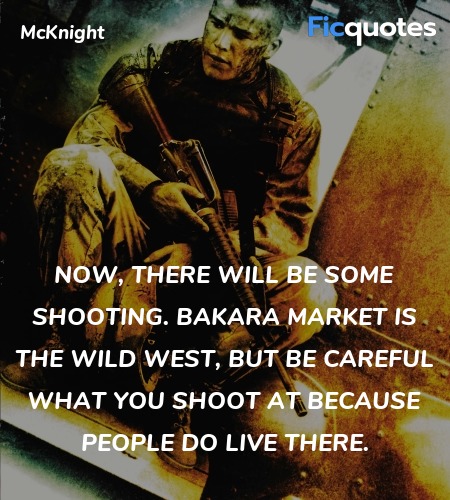 Now, there will be some shooting. Bakara Market is the Wild West, but be careful what you shoot at because people do live there. 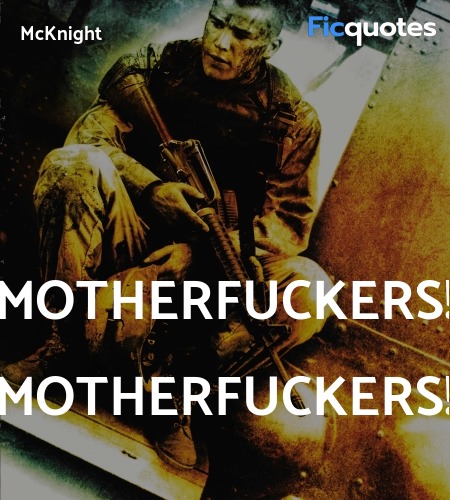 Get us off this fucking street!

McKnight : You, get up there and drive!
Othic : But I'm shot Colonel!
McKnight : Everybody's shot! We need the prisoners, let's go!

Look, these people, they have no jobs, no food, no education, no future. I just figure that we have two things we can do. Help, or we can sit back and watch a country destroy itself on CNN. Right?

Nick Schaffer : I think we just killed him!
Tracy Faucet : You can't kill him, he's like a cockroach!

My grandfather used to say that good things take time, but great things happen all at once.

Eversmann : I was talking to Blackburn the other day, and he asked me "What changed? Why are we going home?" and I said "Nothing." That's not true either; I think everything's changed. I know I've changed.
Eversmann : You know a friend of mine asked me before I got here; it's when we were all shipping out. He asked me "Why are you going to fight somebody else's war? What, do you think you're heroes?" I didn't know what to say at the time, but if he'd ask me again I'd say no. I'd say there's not way in hell. Nobody asks to be a hero.
Eversmann : It just sometimes turns out that way.

Eversmann : Remember, we're Rangers not some sorry-ass JROTC. We're Elite. Let's act like it out there. Hoo-ah?
Rangers : Hoo-ah!

Maddox : Sir, they're going to get us fucking killed out there!
McKnight : Just get it over with!

Sanderson : Are you alright?
Grimes : Yeah, I can hear bells ringin'!

Eversmann : You know, it's kind of funny. Beautiful beach, beautiful sun. Could almost be a nice place to visit.
"Hoot" : Almost.

Nobody asks to be a hero, it just sometimes turns out that way.

It's all in the grind, Sizemore. Can't be too fine, can't be too coarse. This, my friend, is a science. I mean you're looking at the guy that believed all the commercials. You know, about the "be all you can be." I made coffee through Desert Storm. I made coffee through Panama while everyone else got to fight, got to be a Ranger. Now it's "Grimesy, black, one sugar" or "Grimesy, got a powdered anywhere?"

Grimes : Why are they burning tires?
Waddell : Signals to the militia, that we're coming.

Grimes : Why aren't you shooting?
Waddell : We're not being shot at yet.
Grimes : How can you tell?
Waddell : A hiss means it's close. A snap means...
Waddell : Now they're shooting at us!

Sanderson : So where did they find you?
Grimes : Behind a desk.
Grimes : No really.